The ninth of January is the date, when one of the greatest basketball players from our region was born and we will always be happily remembering this date as the date, when the fortune has blessed us with the last romanticist of our basketball – Mirza Delibašić. 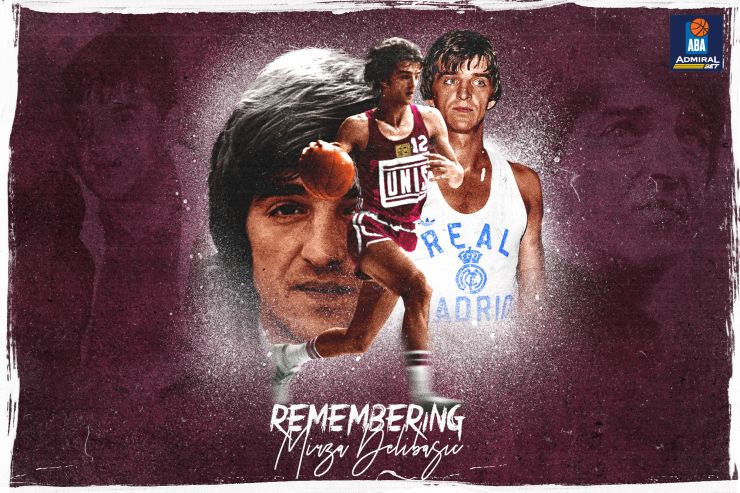 20 years have passed since basketball is missing one of the brightest stars that have ever shined on the sky of our region – Mirza Delibašić. With former Yugoslavia being one of the major World’s powerhouses in terms of basketball, the region has always been full of the superstars of this beautiful sport – however, there are only few of them that have been honoured as the first, that have conquered the entire competition of Europe on the club level.

Legendary Bosna squad, led by nobody else but Mirza and the legendary head coach Bogdan Tanjević did it in 1979 in Grenoble and this has been the crown of Mirza Delibašić’s career with the club from Sarajevo, for which he played over 700 games, scoring more than 14,000 points!

And of course, as a basketball player he was a giant, that has won everything a player can possibly had won at that time – Yugoslavian national championship, European Cup of Champions, EuroBasket, World Championship and Olympic Games – you name it! His masterpieces from the court will ever be remembered, especially perhaps the decisive two free throws made against Brazil in the 1980 Olympic Games that pushed Yugoslavia into the final
It is no wonder that he has received huge honours for his contribution for the game – he was inducted into the FIBA Hall of Fame in 2007, he was named Bosnia and Herzegovina Sportsman of the Century in 2000. He was named amongst FIBA’s 50 greatest players in 1991 and EuroLeague put him amongst the 50 greatest EuroLeague contributors. The basketball hall in Sarajevo today wears his name and a memorial tournament in his honour is played every year – his contribution to our basketball is impossible to forget and he is immortal in the hearts of every hardcore basketball fan in our region.