At home in Stožice Arena in Ljubljana, Cedevita Olimpija have prevailed over Mega Mozzart and grabbed their fourth win in a row in the AdmiralBet ABA League. 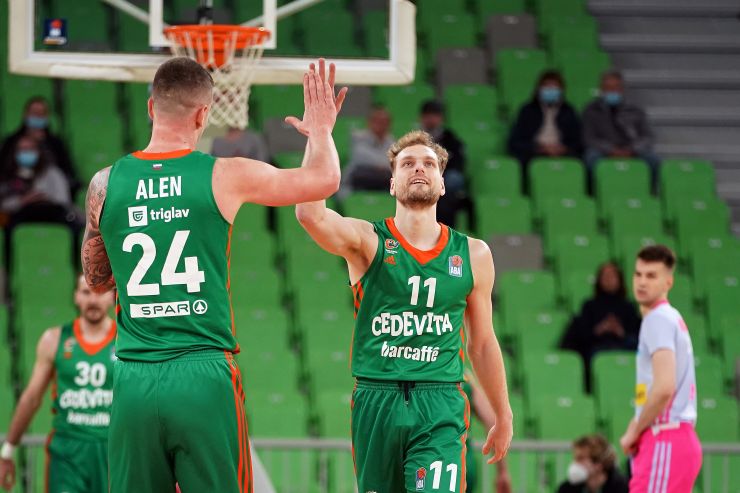 Game recap: At home in Stožice Arena in Ljubljana, Cedevita Olimpija have prevailed over Mega Mozzart and grabbed their fourth win in a row in the AdmiralBet ABA League. This keeps Cedevita Olimpija in the fourth place in the standings with the 13:7 record after 20 games are now behind them. Their Playoffs race is looking fairly good at the moment. On the other side, Mega Mozzart are now on an 8:13 record after 21 games, which means that they need to keep struggling in order to succeed in their attempt of reaching the Playoffs Zone when the Regular Season is over.

Key moments: Cedevita Olimpija have pulled away from Mega Mozzart early in the game. With 4 minutes left in the first quarter, the visiting side have still held the lead (10:12), but that’s when the Dragons went on a 12:0 run over the next two minutes to turn the game completely upside-down and create themselves a double-digit lead (22:12). As it turned out later in the game, this has been enough for them to continue the game calmly, as Mega Mozzart did not manage to threaten to take their lead away until the very end of the clash.

Man of the match: Alen Omić has been shining all game long for Cedevita Olimpija, as he led them to the win with a double-double (12 points and 12 rebounds), 5 assists and a valuation of 30. He is our man of the match!

Can’t trick the stats: Cedevita Olimpija has had 9 turnovers and Mega Mozzart 13. That’s what determined the outcome of the game.

Click here for more match stats
Match: Cedevita Olimpija - Mega MIS
Join thousands of ABA League fans in our digital community by liking us on Facebook, following us on Twitter or Instagram and subscribing to our YouTube channel.
If you like this and our other articles, make sure to sign up for the ABA League newsletter. You will be notified regarding all important news and updates on the ABA League via e-mail.
Social Media
Tweets by ABA_League