Borac will host Split this Monday in Round 23 of the 2021/22 AdmiralBet ABA League season. 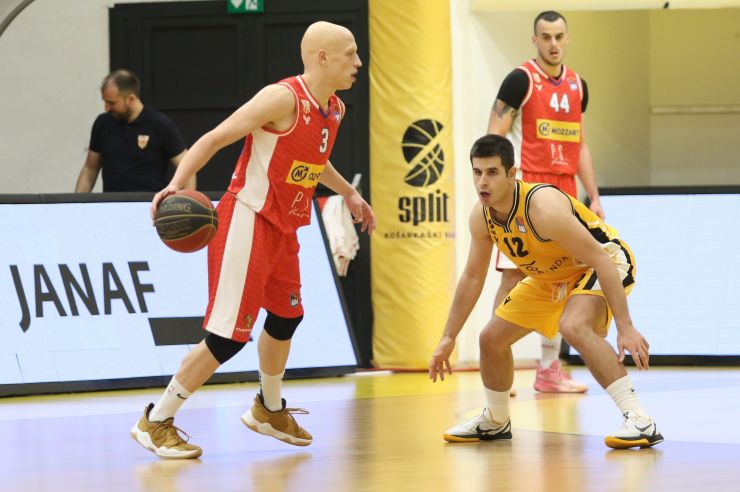 Story of the game: Borac will host Split this Monday in Round 23 of the 2021/22 AdmiralBet ABA League season.

By scoring 3 wins in the last 5 games, Borac have moved away from the relegation zone and with the overall score of 8-12 they are pretty safe at the moment as they have 4 wins more than the two last placed teams – Split and Krka.

On the other side, as mentioned above, Split are not in that good position as the Yellow troops have the overall score of 4-17 and together with Krka (4-16) they are placed in the relegation zone from which they are desperately trying to escape.

Borac and Split have so far faced each other 3 times in the regional league and the Čačak crew have won each of those 3 games, including the one from the 1st part of the 2021/22 season when they triumphed on the road in Split by 80:66.

Will Borac extend their undefeated run in the games against Split and make perhaps the key step toward securing their AdmiralBet ABA League status for the next season, or will Split score their very first win against Borac and also their very first road win in the ongoing season to move away from the bottom of the table?

We will find out the answer on Monday, somewhere around 18h.

Their duel will therefore decide many things in the upcoming match.

Match: Borac - Split
Join thousands of ABA League fans in our digital community by liking us on Facebook, following us on Twitter or Instagram and subscribing to our YouTube channel.
If you like this and our other articles, make sure to sign up for the ABA League newsletter. You will be notified regarding all important news and updates on the ABA League via e-mail.
Social Media
Tweets by ABA_League