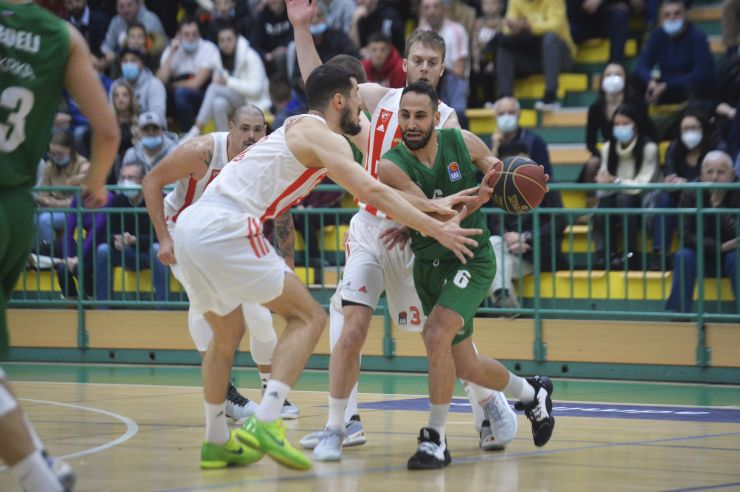 Story of the game: Monday evening brings us the clash between Crvena zvezda mts and Krka in Aleksandar Nikolić Sports Hall, Belgrade.

This match is quite important for each side. Crvena zvezda mts want to seize another win that would put them closer to securing the 1st place in the regular season, while Krka needs a win to escape the bottom of the table.

In the 1st part of the season, these two teams presented us a fantastic game in which Crvena zvezda mts eventually prevailed by 71:70, after pulling off a major comeback in the 4th quarter

Match-up in focus: Crvena zvezda mts point guard Nikola Ivanović has had some very good performances in AdmiralBet ABA League this season and at this moment he is the 3rd best scorer of the red-and-whites. In the upcoming match, Ivanović will quite a difficult challenge as he will try to outscore Krka’s top scorer Rok Stipčević. The starting point guard of Novo mesto troops is having an outstanding season as he is currently the 2nd best scorer of the entire league.

Match: Crvena zvezda mts - Krka
Join thousands of ABA League fans in our digital community by liking us on Facebook, following us on Twitter or Instagram and subscribing to our YouTube channel.
If you like this and our other articles, make sure to sign up for the ABA League newsletter. You will be notified regarding all important news and updates on the ABA League via e-mail.
Social Media
Tweets by ABA_League