On Saturday night, Split will be hosting FMP Meridian at home in their Split Sports Hall. Which of the two squads will continue its winning streak this round? 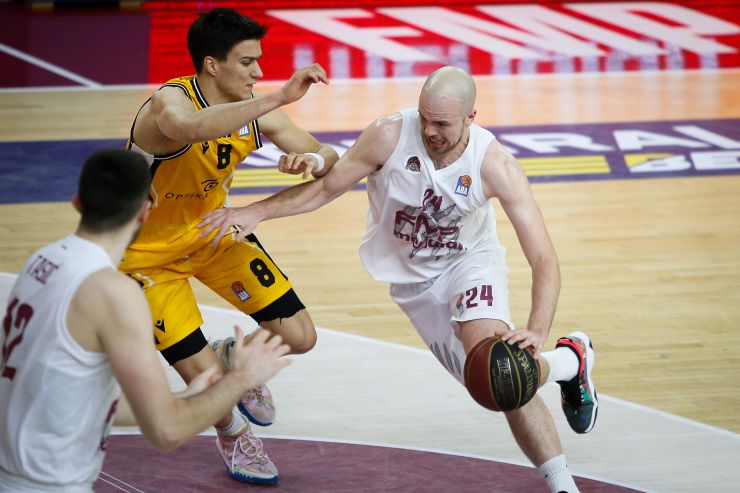 Story of the game: On Saturday night, Split will be hosting FMP Meridian at home in their Split Sports Hall. Which of the two squads will continue its winning streak this round?

An extremely important clash is coming up for both sides in the middle of their winning streaks. Both of them have won their last 3 games and also 3 of their last five, so it is clear that they are red hot right now. And both of them need to keep winning, as the hosts need to win in order to get closer to securing themselves an escape from the bottom of the standings and possibly even from the danger zone near the very bottom. On the other side, the Panthers of Belgrade need to win in order to confirm themselves a Playoffs ticket for the 2021/22 AdmiralBet ABA League season.

Who can do it? Difficult to tell. Tune in on Saturday night and find out!

Match-up in focus: Shannon Shorter or Bryce Jones? The two top scorers of their respective squads will have their head to head battle in the backcourt during the game in Gripe and we need to wait and see which one of them would prevail this time. So far, Shorter has been averaging 16.8 points per game in the AdmiralBet ABA League, while Jones has been averaging 14.9 points per game. Who will score more this time around and pave the way for his team to the new win?

Match: Split - FMP Meridian
Join thousands of ABA League fans in our digital community by liking us on Facebook, following us on Twitter or Instagram and subscribing to our YouTube channel.
If you like this and our other articles, make sure to sign up for the ABA League newsletter. You will be notified regarding all important news and updates on the ABA League via e-mail.
Social Media
Tweets by ABA_League