In Zagreb, everythuing is set fort he 4th tournament of the 14th season of the regional NLB Wheel League, which is supported by ABA League j.t.d. and its clubs. 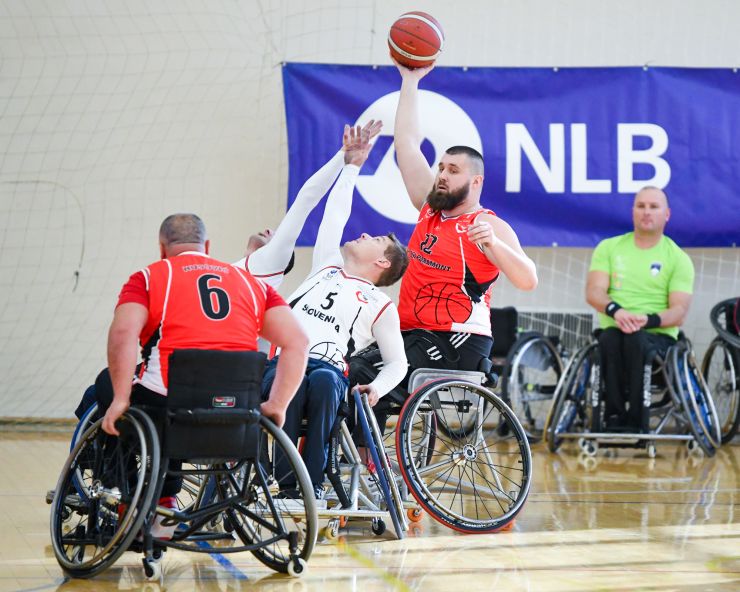 Two rounds remain until the end of the season and four teams will be participating at the Zagreb tournament: KKI Zagreb, KKOI Zadar, Parasport Slovenia and KKK Singidunum Crvena zvezda. Team KK OSI Paramont of Podgorica is free from playing games in this round.

Four quality games are ahead of us. At 10:00 the clash between KKI Zagreb and Parasport Slovenia is coming up and this will also represent the clash for the first place, since they are the two still undefeated teams. KKOI Zadar end their season with the Zagreb tournament, as they will be free from playing games in the next tournament in Vransko, Slovenia. They currently have one win and wish to score another one. They will be facing KKK Singidunum Crvena zvezda in Zagreb, that also have only one win so far.

The round will be exciting and current form will decide many things.

After the first game of the tournament, the grand opening is coming up. The gathered players will be greeted by President of the Slovenian Paraplegic Organization, the representative of the hosts KKI Zagreb and Damjan Rudež, former NBA player and also former player of Split, Cedevita Zagreb and Union Olimpija Ljubljana.