Budućnost VOLI have definitely sealed the 3rd place in the 2021/22 AdmiralBet ABA League regular season after beating Borac this Monday evening in Round 26. 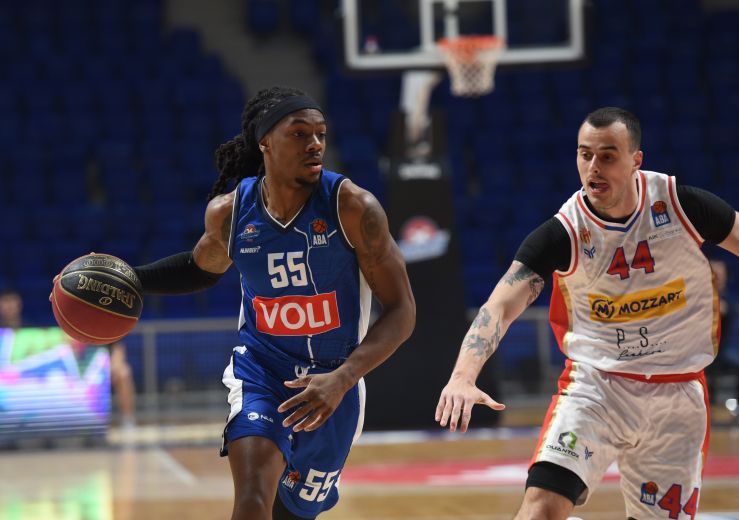 Game recap: Budućnost VOLI have definitely sealed the 3rd place in the 2021/22 AdmiralBet ABA League regular season after beating Borac this Monday evening in Round 26.

This means that Budućnost VOLI will play against 6th placed FMP Meridian in the Preliminary Round of the 2021/22 Playoffs and the blue-and-whites will have a home-court advantage in that best-of-3 series.

On the other side, Borac dropped to 8-15 after this defeat, but they have 3 more games to play in the ongoing regular season and a chance to improve their overall score.

Key moments: In the opening 30 minutes of this game, Borac simply did not let Budućnost VOLI gain any bigger lead that might put the home team in a safe position. However, then it came the 4th quarter in which Borac were simply no match for their hosts.

Man of the match: Marko Jagodić Kuridža could not make a 3-pointer today (0/4), but he did everytinhg else for Budućnost VOLI. Jagodić Kuridža scored 15 points (5/5 FG2, 5/5 FT), had 5 rebounds and 4 assists, while his overall index rating in this match was 24.

Can’t trick the stats: Budućnost VOLI had 16 assists more than Borac tonight. On top of that, the home team also made 11 rebounds more than their opponents.

Click here for more match stats
Match: Budućnost VOLI - Borac Mozzart
Join thousands of ABA League fans in our digital community by liking us on Facebook, following us on Twitter or Instagram and subscribing to our YouTube channel.
If you like this and our other articles, make sure to sign up for the ABA League newsletter. You will be notified regarding all important news and updates on the ABA League via e-mail.
Social Media
Tweets by ABA_League