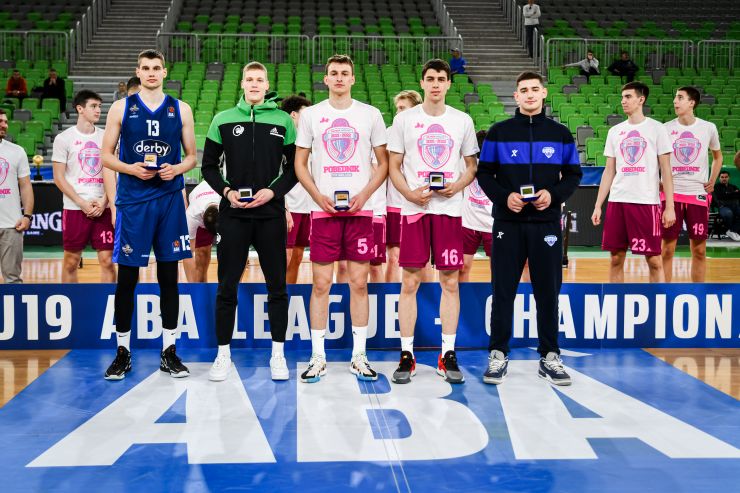 The Ideal Starting Five of the U19 ABA League Championship, that has taken place in Stožice Arena in Ljubljana between 28 and 29 of April, has been selected. The members of the all-tournament team come from all four participating teams.

The five players, selected into the U19 ABA League Championship Ideal Starting Five, are Vuk Bošković of U19 Igokea m:tel, Andrija Grbović and Nikola Jović of U19 Mega Mozzart, Saša Ciani of U19 Cedevita Olimpija and Tomislav Ivišić of U19 SC Derby.

Andrija Grbović of U19 Mega Mozzart has been named the MVP of the Final Four Tournament.