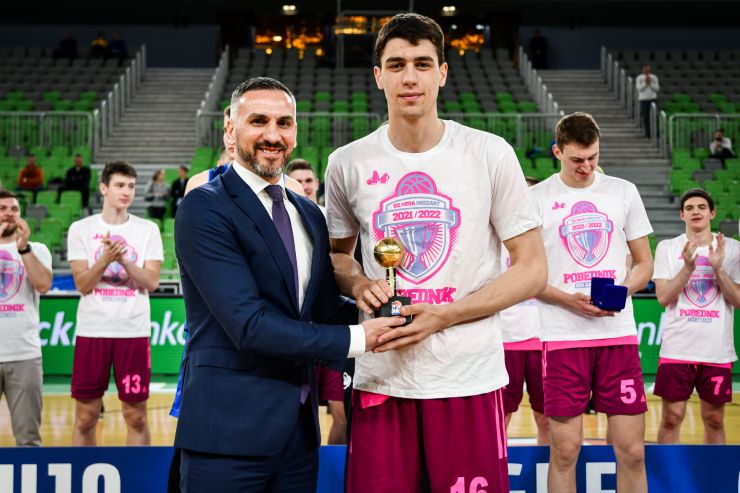 U19 Mega Mozzart player Andrija Grbović has earned himself the MVP of the U19 ABA League Championship Final Four Tournament title, as he has led his U19 Mega Mozzart towards the trophy with excellent performances in both Semi-final and Final appearances for the Belgrade squad.

The excellent young forward has been averaging 24.5 points, 5.5 rebounds, 2 assists, and a valuation of 27.5 per game during the games at the U19 ABA League Championship Final Four Tournament.