In the Game 2 of the AdmiralBet ABA League Semi-finals, Budućnost VOLI will host Partizan NIS at home in their Morača Sports Hall in Podgorica in an attempt to tie the series to 1:1. Can the Podgorica squad do it? 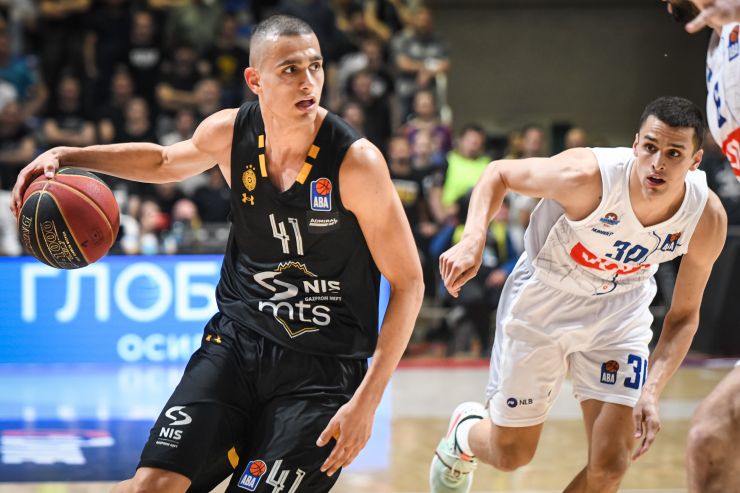 Story of the game: In the Game 2 of the AdmiralBet ABA League Semi-finals, Budućnost VOLI will host Partizan NIS at home in their Morača Sports Hall in Podgorica in an attempt to tie the series to 1:1.

The series move to Podgorica and Budućnost VOLI will try to do what they did not manage to accomplish yet this season – beat Partizan NIS. The black and white have won on all three occasions in the clashes of the Podgorica side and the steamroller.

In the Game 1 of the series there hasn’t really been any dilemma regarding the outcome of the clash throughout the game, as Partizan NIS pulled away early and then controlled the flow of the clash until its very end.

This time it might be different, though, as Podgorica will have a home court advantage in what it will for sure be packed Morača Sports Hall.

Can they take advantage of the home court and move the series back to Belgrade? Tune in on Sunday night and find out!

Match-up in focus: It’s Justin Cobbs vs. Kevin Punter! The outcome of this series might as well be defined from the outcome of this head-to-head battle. Right now, both of the players are the second-leading scorers of their respective squads, with Punter averaging 11.5 points per game this season in the AdmiralBet ABA League and Cobbs 12.8. They also have a great influence on the playmaking of their respective squads, as Punter is the second-leading passer of Partizan NIS as well with 3.1 assists dished out per game, while Cobbs is delivering  4.3 assists per game for Budućnost VOLI as their top passer.

Match: Budućnost VOLI - Partizan NIS
Join thousands of ABA League fans in our digital community by liking us on Facebook, following us on Twitter or Instagram and subscribing to our YouTube channel.
If you like this and our other articles, make sure to sign up for the ABA League newsletter. You will be notified regarding all important news and updates on the ABA League via e-mail.
Social Media
Tweets by ABA_League