Monday night basketball will be quite special this week as Crvena zvezda mts and Cedevita Olimpija are about to face each other in decisive Game 3 of the 2022 AdmiralBet ABA League Semi-Finals. 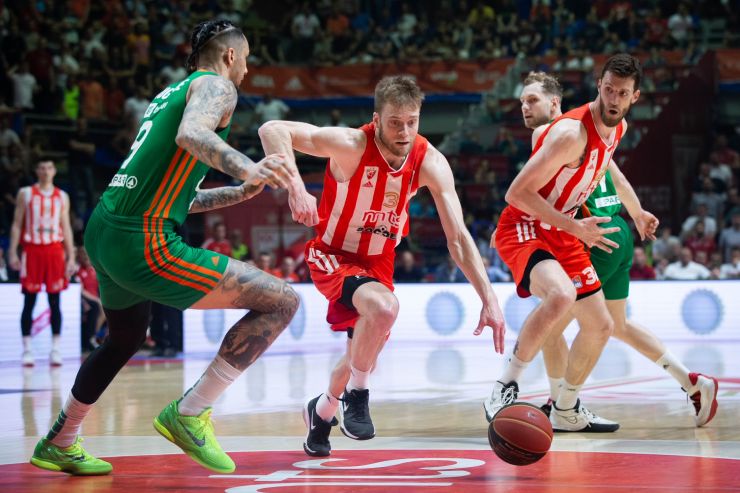 Story of the game: Monday night basketball will be quite special this week as Crvena zvezda mts and Cedevita Olimpija are about to face each other in decisive Game 3 of the 2022 AdmiralBet ABA League Semi-Finals.

This is the most important game for both sides so far in the ongoing season. Whoever wins it will advance to the big Finals, while the losing side will be eliminated from the title race.

The match will be played in Aleksandar Nikolić Sports Hall, Belgrade which will be painted red and white on Monday evening. Crvena zvezda mts will have home-court advantage in this key battle and you all know how big that advantage is when it comes to the Belgrade giant.

We will just remind you that Crvena zvezda mts haven’t lost a single home-court game in this season, while they’ve been undefeated at home court in AdmiralBet ABA league Playoffs since 2018.

On the other side, Cedevita Olimpija will try to finally break their Belgrade curse in the games against Crvena zvezda mts as they still haven’t triumphed against the red-and-whites on the road. The Dragons gained huge confidence by winning Game 2 in overtime, so they will now want to use good momentum to stun the reigning champions once again and win a ticket for the Finals.

These two are the leaders of their teams and that is why all eyes will be pointed to them in the upcoming match. They had quite a duel in Game 1 in Belgrade when Kalinić made 17 points, 4 rebounds and 6 assists, while Blažič recorded 20 points, 5 rebounds and 5 assists. Both of them finished that match with the overall index rating of 20.

Match: Crvena zvezda mts - Cedevita Olimpija
Join thousands of ABA League fans in our digital community by liking us on Facebook, following us on Twitter or Instagram and subscribing to our YouTube channel.
If you like this and our other articles, make sure to sign up for the ABA League newsletter. You will be notified regarding all important news and updates on the ABA League via e-mail.
Social Media
Tweets by ABA_League