In their opening game of the AdmiralBet ABA League season, Cedevita Olimpija have prevailed over Borac Mozzart at home in Stožice Arena with a convincing performance. 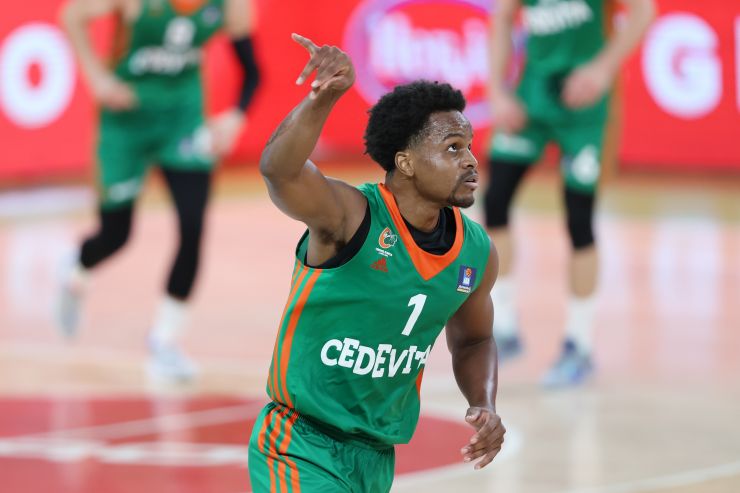 Game recap: In their opening game of the AdmiralBet ABA League season, Cedevita Olimpija have prevailed over Borac Mozzart at home in Stožice Arena with a convincing performance. It has been a game, where the hosts have been a better of the two squads and have been in front throughout the playing time, cruising towards the well-deserved win in the end.

Key moments: After the hosts pulled away 6:0 at the very beginning of the clash, it turned out that Borac did manage only once (22:23) to get in front of their opponents during the game. However, the key moments came in the second quarter. After Borac Mozzart took the 22:23 lead, Cedevita Olimpija pushed up the tempo, got in front again quickly and kept increasing their advantage all until the halftime, when they were up 51:39. These have been the key moments of the Round 1 game in Stožice.

Man of the match: Even though the entire Cedevita Olimpija team played perfectly this time around, it has been Alen Omić that stood out with his performance. He had 17 points, 8 rebounds, 3 assists, 1 steal and a valuation of 26. He is our man of the match!

Can’t trick the stats: Cedevita Olimpija have outrebounded Borac 37:23 and that’s what turned the flow of the game their way this time.

Click here for more match stats
Match: Cedevita Olimpija - Borac Mozzart
Join thousands of ABA League fans in our digital community by liking us on Facebook, following us on Twitter or Instagram and subscribing to our YouTube channel.
If you like this and our other articles, make sure to sign up for the ABA League newsletter. You will be notified regarding all important news and updates on the ABA League via e-mail.
Social Media
Tweets by ABA_League