Sutjeska have remained perfect as they scored a comfortable win over TFT Skopje in the opening game of Round 2. 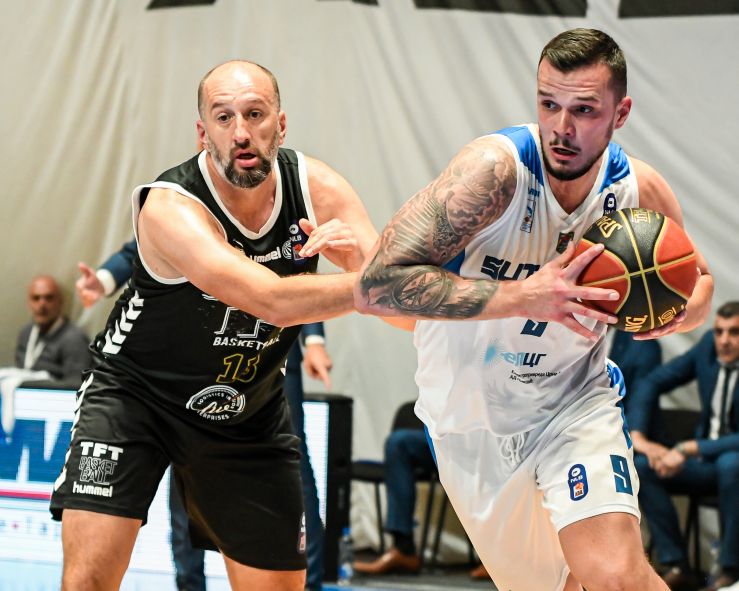 Sutjeska have remained perfect as they scored a comfortable win over TFT Skopje in the opening game of Round 2.

The winner of this match was decided already in the first half in which Sutjeska gained a 16-point lead – 41:25. In the rest of the match the gap just kept growing and growing, so the boys from Nikšić did not have any problems on their way toward the 2nd win of the season.

Sutjeska center Miloš Koprivica was unstoppable down in the paint as he scored 27 points tonight, while we should also mention the performance of Vladimir Tomašević who almost completed a triple-double as he finished the match with 19 points, 10 rebounds and 7 assists. Sutjeska summer signing Miloš Popović was also quite impressive as he made 17 points and 8 rebounds.

Click here for more match stats
Match: Sutjeska - TFT Skopje
Join thousands of ABA League fans in our digital community by liking us on Facebook, following us on Twitter or Instagram and subscribing to our YouTube channel.
If you like this and our other articles, make sure to sign up for the ABA League newsletter. You will be notified regarding all important news and updates on the ABA League via e-mail.
Social Media
Tweets by ABA_League