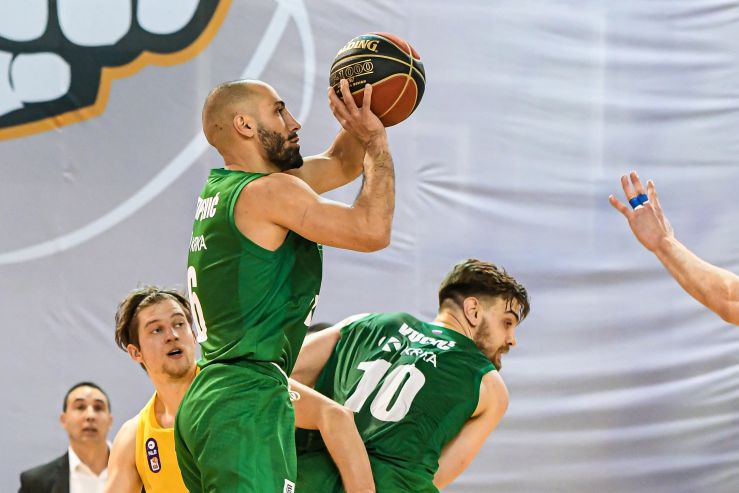 In an exciting finish, Krka overcame a big first-half deficit to keep their perfect record as they beat GGD Šenčur.

GGD Šenčur stormed out of the gates early, opening the game with a 13:2 run to set the tone of the first half, Miljan Pavković's squad held a big 21-point lead at the half. Krka didn't give up after the break, they began cutting into the GGD Šenčur during the third quarter but in the fourth quarter is where their impressive comeback came to fruition. Krka allowed GGD Šenčur to score only 4 points in the final quarter of play, with 27 seconds remaining in the game Rok Stipčević hit a big three to give Krka their first and only lead of the game for 63:64.

Dino Murić was the top scorer for GGD Šenčur, he finished the match with 12 points and 6 rebounds. For Krka, Mate Vucić had a fantastic performance with 16 points and 12 rebounds in today's win.

Krka keeps a perfect record after five rounds of the 2022/2023 NLB ABA League 2 season while GGD Šenčur is still looking for their first win.

Click here for more match stats
Match: GGD Šenčur - Krka
Join thousands of ABA League fans in our digital community by liking us on Facebook, following us on Twitter or Instagram and subscribing to our YouTube channel.
If you like this and our other articles, make sure to sign up for the ABA League newsletter. You will be notified regarding all important news and updates on the ABA League via e-mail.
Social Media
Tweets by ABA_League