Get ready for a true basketball spectacle this Monday evening. 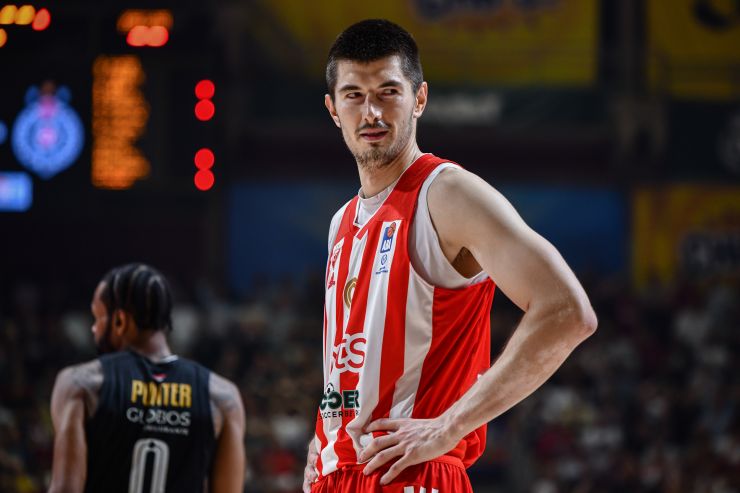 Story of the game: It’s time for the first big Belgrade derby of the season. This Monday evening, Crvena zvezda mts will host Partizan Mozzart Bet in the match that means everything to the fans of both teams.

Still, the red-and-whites have been in outstanding form since the arrival of new head coach Duško Ivanović as they scored a 39-point margin win against Cibona in the previous round, while on top of that they grabbed 3 wins in a row in the Turkish Airlines EuroLeague.

Also, we should mention that Crvena zvezda mts haven’t lost a home game against Partizan Mozzart Bet in AdmiralBet ABA League since 2015. The red-and-whites have 12 wins in a row at home court against their arch rivals and they want to extend that winning streak on Monday evening.

On the other side, Partizan Mozzart Bet will do everything they can to stop that streak and finally beat their biggest rival on the road after more than 7 years. The black-and-whites have been really impressive in AdmiralBet ABA League in the ongoing season, winning all 7 games so far quite comfortably and if they manage to keep the perfect score by beating the reigning champions, they will send a message to everyone that this might actually be their season.

There is no need introducing any of those two players. Everyone knows how good scorers Nedović and Punter are. They can single-handedly win the game for their team every day and that is why all the eyes will be pointed to them on Monday evening.

Match: Crvena zvezda Meridianbet - Partizan Mozzart Bet
Join thousands of ABA League fans in our digital community by liking us on Facebook, following us on Twitter or Instagram and subscribing to our YouTube channel.
If you like this and our other articles, make sure to sign up for the ABA League newsletter. You will be notified regarding all important news and updates on the ABA League via e-mail.
Social Media
Tweets by ABA_League