Cibona have grabbed such an important home victory, over FMP in Dražen Petrović Arena in Zagreb and have tied themselves in the standings with the Belgrade team. 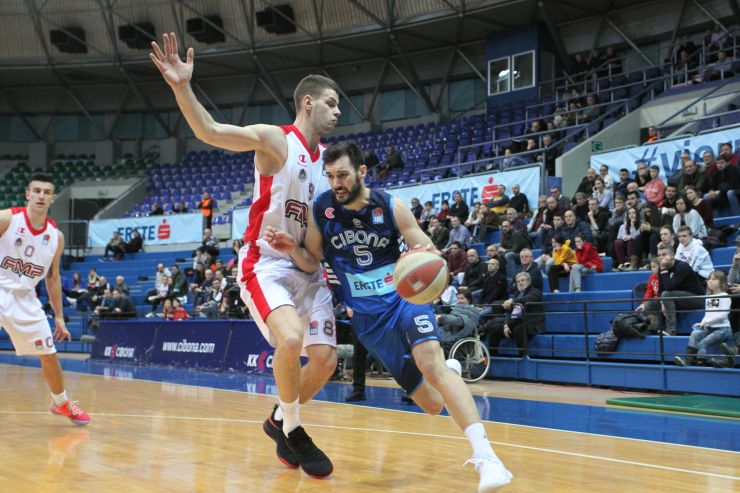 Game recap: In Dražen Petrović Arena in Zagreb, Cibona have outgunned FMP in the battle of the middle of the standings. This way, Cibona have grabbed their sixth win of the season in the Round 14 and have tied themselves in the standings with the Belgrade squad. Both of them are still in the game to grab a spot in the Playoffs Zone at the end of the regular season, and they are also safely away from the relegation zone at the league’s bottom for now.

Key moments: With four minutes on the clock in the third quarter, the difference between the two squads was still 5 points (61:56) and it was anybody’s game, but then Cibona scored 8 unanswered points (including two triples) to pull away to 69:56 by the end of the quarter. This run has also decided the outcome of the game in the end.

Man of the match: Filip Bundović of Cibona shined and was the crucial part of their story on their way to the victory against FMP. He led his team in scoring with 22 points, while adding 5 rebounds, 1 steal and a valuation of 24 to his stats. He is our man of the match!

Can’t trick the stats: Cibona have outrebounded FMP and this was the crucial part of their success story this time around. They had 32 rebounds and FMP only 27.