Zvezda double their lead against Budućnost

The red & whites made a stunning performance in Game 2 of the 2019 ABA League Finals. 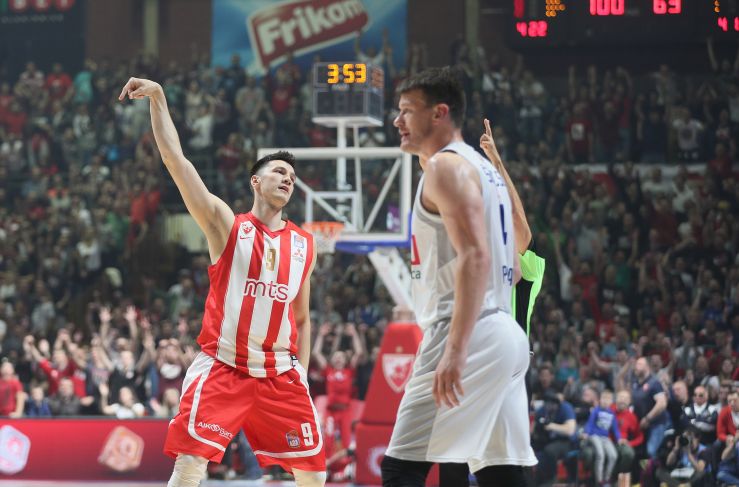 Game recap: Crvena zvezda mts have defeated Budućnost VOLI once again and have therefore doubled their lead in the 2019 ABA League Finals! This means that the red & whites need just one more win to dethrone the reigning champions and to return the precious trophy to Belgrade.

Game 2 was a one way street from the beggining to the end. Crvena zvezda mts simply outplayed Budućnost VOLI in every single game element and the 38-point margin at the end just shows how much better the home team was in this match.

The only bad thing for the Belgrade side was the injury of Stratos Perperoglou, who had to leave the court at the end of the 3rd quarter.

Key moments: Crvena zvezda mts have started building their lead already in the opening quarter and the margin just kept growing and growing throughout the match. The home side was even up by 40 points at one moment.

Man of the match: That award definitely belongs to Stratos Perperoglou. The Greek forward scored 17 points before he had to leave the court due to injury. And did we mention that he missed just one single shot for the entire match? He was 4/4 for 2 points and 3/4 for 3 points.