Borac down Dynamic VIP PAY to keep the top spot

Borac have scored another win in front the packed hall in Čačak. 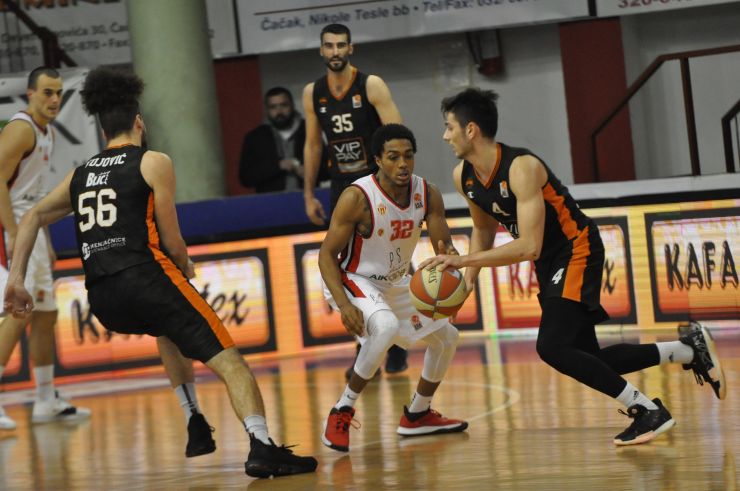 Borac have remained all alone at the top of the standings after beating Dynamic VIP PAY in packed Sports Hall in Čačak this Thursday evening. Led by loud support coming from the stands, the home troops played with a lot of energy during the whole match and eventually seized this valuable win.

Radovan Đoković was the game hero for Borac, as he scored 9 points in the last two-and-a-half minutes and helped his team stay in front of their rivals in key moments.

It is also worth mentioning the performance of Dynamic VIP PAY forward Nikola Vujović who finished the match with 22 points, 8 rebounds and the overall index rating of 33.

Borac now have the overall score of 9-1, while Dynamic VIP PAY are at 4-6.