Zvezda down Mega on the road

Crvena zvezda mts have extended their winning streak in the clashes against Mega Bemax. 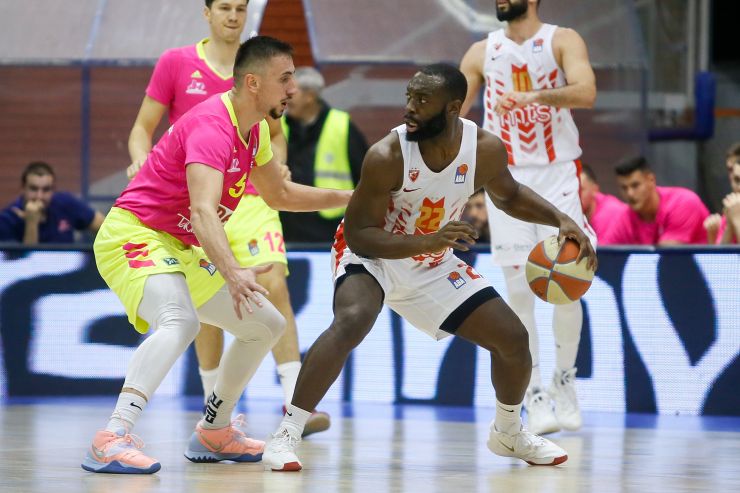 Game recap: Crvena zvezda mts have extended their winning streak in the clashes against Mega Bemax by defeating their city rivals in Round 15 of the 2019/20 ABA League regular season. This was the 17th consecutive win for the red & whites in this rivalry, while Mega Bemax will still have to wait for their first ever win against Crvena zvezda mts in the regional league.

Key moments: The margin at the halftime was just 6 points as Crvena zvezda mts were up by 49:43 at that moment. Still, everything after that was just a one-way street. The visitors started dominating the court, scoring 32 points in the 3rd quarter and increasing the gap to 19 points – 81:62. No need to point out that the reigning ABA League champions had no problems staying in front in the final 10 minutes.

Man of the match: Vladimir Štimac was once again the player with the highest index rating in Crvena zvezda mts team. The 32-year old big guy scored 12 points today, while he also had 8 rebounds and 5 assists. His overall valuation was 25.

Can’t trick the stats: Crvena zvezda mts had more rebounds than Mega Bemax, more assists, more steals… Simply, the visitors were better in every single game element than their rivals.