In the match of the round, Mega Bemax are currently hosting Petrol Olimpija in Pinki Sports Hall, Sremska Mitrovica. Follow live play by play on our website. 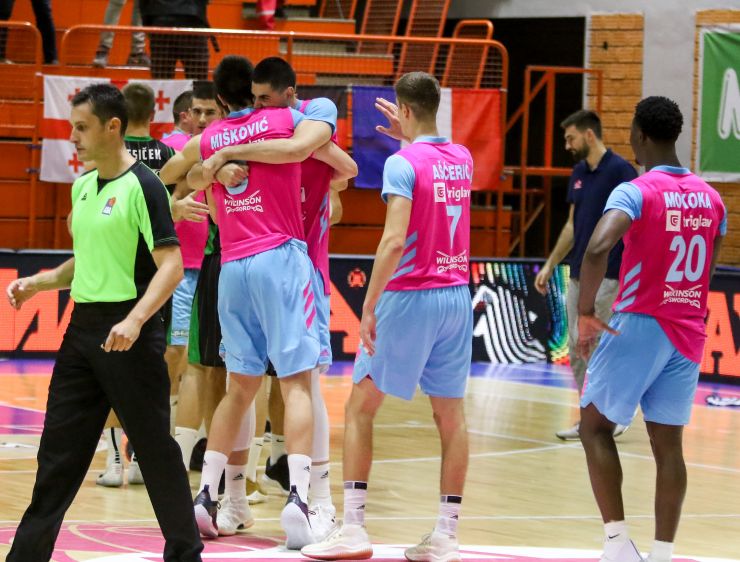 Game recap: Mega Bemax remain unbeaten after four rounds played. The Sremska Mitrovica squad have beaten Petrol Olimpija after a thrilling, overtime, ending of the game in Pinki Sports Hall, which means that they still haven’t suffered a single defeat this season in the ABA League. On the other hand, Petrol Olimpija have suffered their second defeat of the season, which keeps them in the middle of the standings in the regional competition.

Key moments: Just like the final score and the fact that the overtime was played, suggest, there has been a thrilling finish and the game was decided only in the final minute. At the entrance of the final 60 seconds, Nikola Mišković took advantage of a mismatch situation with Bojan Radulović at the perimeter, to score a three-pointer and take his team to a 79:77 lead. When Reynolds made a turnover on the other end and Luka Ašćerić scored 2 free throws for Mega with less than half a minute remaining on the game clock, the battle for a pair of points was over. The win stayed in Sremska Mitrovica.

Man of the match: Nikola Mišković was not only the key player at the end of the game, but he was also the most efficient on Mega Bemax squad. He scored 18 points, while adding 6 rebounds and an assist and had a valuation of 18. He is our man of the match!

Can't trick the stats: Even though they were pretty good in many categories, Petrol Olimpija had as many as 25 turnovers. This is simply too many to beat a team from the top of the standings in an away game.

Match: Mega MIS - Petrol OlimpijaNikola MiškovićMega MISPetrol Olimpija
Join thousands of ABA League fans in our digital community by liking us on Facebook, following us on Twitter or Instagram and subscribing to our YouTube channel.
If you like this and our other articles, make sure to sign up for the ABA League newsletter. You will be notified regarding all important news and updates on the ABA League via e-mail.
Social Media
Tweets by ABA_League