In the second game of the Saturday night in the ABA League, Partizan NIS will be hosting Mega Bemax at home in Aleksandar Nikolić Sports Hall and the outcome of the game will be extremely important in the light of the battle for the last remaining spot in the ABA League Playoffs. 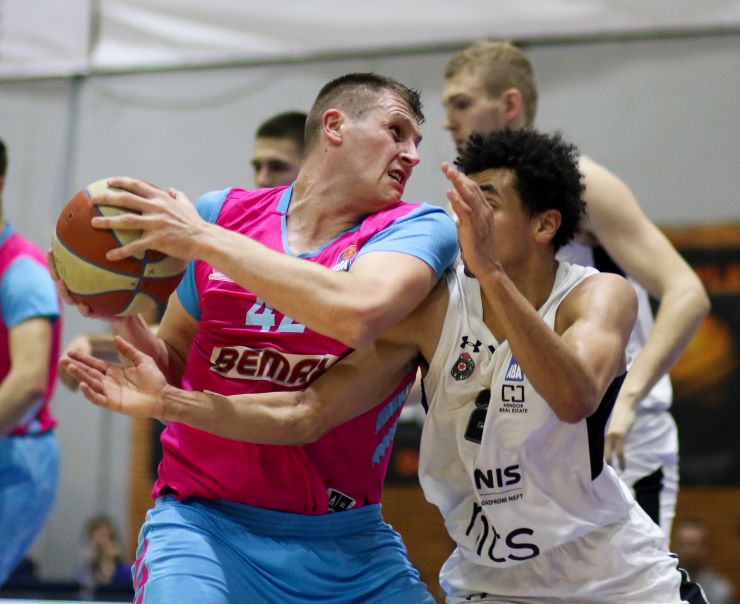 Story of the game: In Belgrade, Partizan NIS will be hosting Mega Bemax. After 16 rounds have been played in the ABA League, Partizan NIS are holding the fourth place in the standings with ten victories, while Mega are just a place below them with one triumph less on their record.

Having that in mind, one needs no extra explanation on why this game carries such importance. The one that celebrates a triumph, will be in a favourable position ahead of the remaining five rounds in the ABA League season.

Both teams have been on the winning track recently, as Partizan NIS are on a four-game winning streak and have won four of their last five games, while Mega Bemax have returned to the winning path last round and have won two of their last five games.
What about tradition? It is absolutely on the side of the black and white, as they have won 9 of their 11 games played one against another in the regional competition so far and four of their five in Belgrade.

Match-up in focus: Jock Landale against Zoran Nikolić! While Zoran Nikolić is proving himself to be a nice replacement for the departed Goga Bitadze at Mega Bemax, he will now have to prove himself against one of the best centers in the region. Currently, Nikolić is the second-best scorer at Mega with 10.2 points scored per game, while Landale comes third in the ranks of Partizan NIS with 11.2. And while Landale is having 6.4 points per game, Nikolić is having 6 on average. Which one will shine brighter this time around?

Match: Partizan Mozzart Bet - Mega MISPartizan Mozzart BetMega MIS
Join thousands of ABA League fans in our digital community by liking us on Facebook, following us on Twitter or Instagram and subscribing to our YouTube channel.
If you like this and our other articles, make sure to sign up for the ABA League newsletter. You will be notified regarding all important news and updates on the ABA League via e-mail.
Social Media
Tweets by ABA_League