On Saturday night, an extremely important game for both sides is coming up in Novo mesto, as Krka will be hosting Cedevita in their Leon Štukelj Sports Hall. 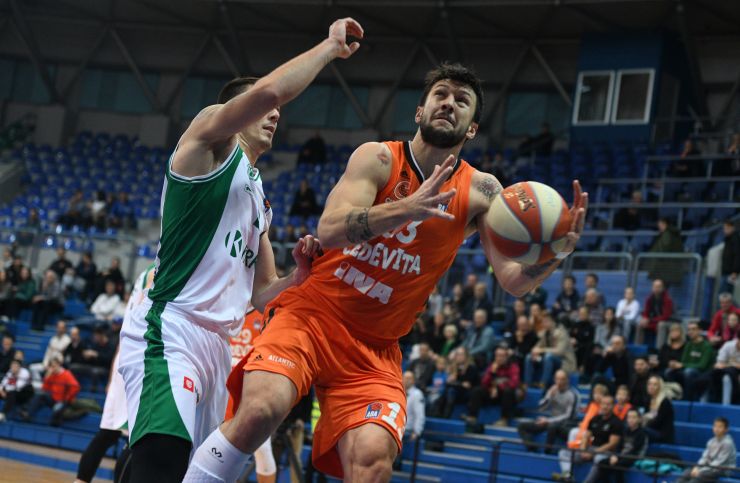 Story of the game: Another big night is coming up for Novo mesto basketball fans, as another regional basketball powerhouse is coming to town – Cedevita will be the guests of Krka in Leon Štukelj Sports Hall.

In will be an exceptionally important clash for both teams, since Krka are currently placed at the very bottom of the ABA League standings and desperately need a win, which will for sure not be an easy task in order to escape the last place. On the other side, Cedevita are currently battling for home court advantage in the Playoffs and for sure they will do everything in their power in order to win and to protect their second place in the standings.

Even though things in the standings are clear in terms of the power rankings between the two sides this season, it’s always difficult to predict the outcome when these two teams are playing in Novo mesto. In the entire regional league history, Cedevita have celebrated 4 times against Krka in Novo mesto, while Krka celebrated 3 times.

And what about current shape of both teams? Krka are on a 2 games long winless streak and Cedevita are on 3 games long winning streak.

Match-up in focus: Since he joined Krka, Dominik Mavra has demonstrated that he can be one of the true leaders of his team. He has been topping Krka’s squad in points (14) and assists (6) per game. However, proving his qualities once again will not be the easiest task ever for him this time around against Cedevita, as he will have to face arguably one of the best point guards of the competition. Jacob Pullen is currently the top scorer of Cedevita (17.6 points per game) and third passer of his team (2 assists per game).

KrkaMatch: Krka - CedevitaCedevita
Join thousands of ABA League fans in our digital community by liking us on Facebook, following us on Twitter or Instagram and subscribing to our YouTube channel.
If you like this and our other articles, make sure to sign up for the ABA League newsletter. You will be notified regarding all important news and updates on the ABA League via e-mail.
Social Media
Tweets by ABA_League