The reigning ABA League champions are still not giving up on the home court advantage in the semi-finals. 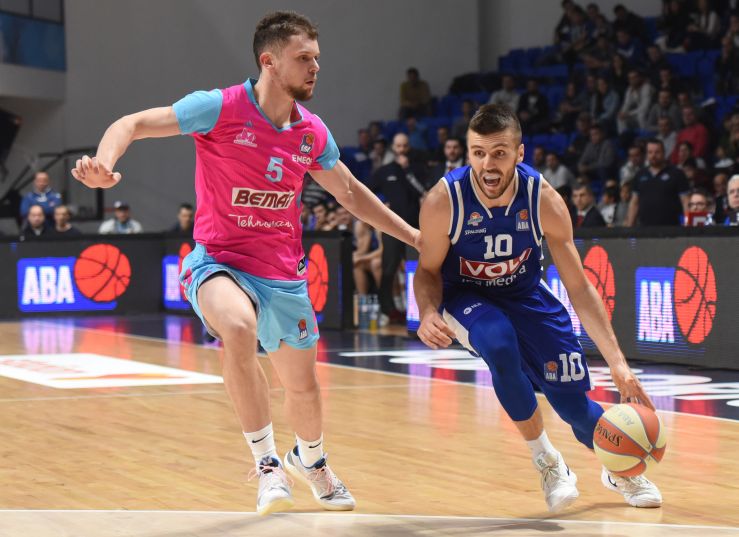 Story of the game: In the last match of Round 21, Mega Bemax will host Budućnost VOLI in Sremska Mitrovica. For the home side, this match is not that important, as they have stayed without chances of reaching the Playoffs. Still, Mega's squad might still be quite motivated, because they certainly haven't forgotten that defeat in Podgorica in the 1st part of the season, after which everything went downhill for this young team. Recall that Budućnost VOLI triumphed by 91:85 in that match after making a big comeback in the last quarter, while soon after that Mega Bemax dropped out of the Playoffs zone never to return again.

Speaking about Budućnost VOLI they will certainly not lack motive in the upcoming match, as they can still reach the 2nd spot on the standings. At this moment, the reigning ABA League champions are all tied with Cedevita, but with Zagreb side having the head to head advantage. Therefore, in order to take the 2nd spot, Budućnost VOLI have to win in the remaining two games and to hope that Cedevita will lose at least once until the end of the season.

Match-up in focus: Well, we will have a pretty interesting situation down on the court this time. This will be the first time that Budućnost VOLI center Goga Bitadze will play against his former team Mega Bemax, while on the other side same thing applies to Mega Bemax center Zoran Nikolić who will face his former teammates from Budućnost VOLI. We are about to see which one of them is able to put emotions aside in order to help his current team take the win.

Head to head in the regional league: In total 4:9; In Sremska Mitrovica 3:3.

Match: Mega Mozzart - Budućnost VOLI
Join thousands of ABA League fans in our digital community by liking us on Facebook, following us on Twitter or Instagram and subscribing to our YouTube channel.
If you like this and our other articles, make sure to sign up for the ABA League newsletter. You will be notified regarding all important news and updates on the ABA League via e-mail.
Social Media
Tweets by ABA_League