What a game in Rogaška Slatina! 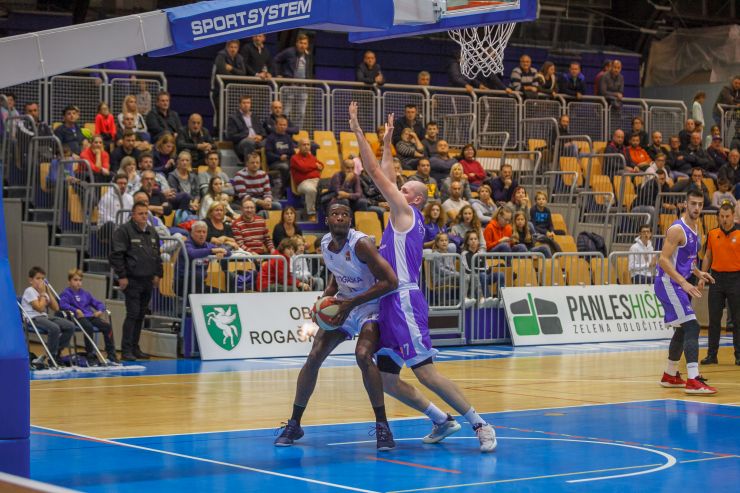 What a game in Rogaška Slatina! Home team Rogaška have defeated Novi Pazar after a thrilling ending!

The hero of the day was Ivan Miličević who firstly scored the 3-pointer in the final moments of the 4th quarter to force overtime, while he then made the game-winning 2 free-throws for Rogaška on 19 seconds before the end. After that, Novi Pazar had a chance to steal the win in the final seconds, but both Nikola Korać and Aleksa Novaković missed their 2-points shots.

It is also worth mentioning the stunning performances made by Tadej Ferme (Rogaška) and Milan Vulić (Novi Pazar). Ferme had 28 points, 4 rebounds and 5 assists, while his overall rating was 32. On the other side, Vulić finished the match with 23 points, 10 rebounds and the overall index rating of 30.

Rogaška now have the overall score of 3-3, while Novi Pazar are at 1-5.

Click here for more match stats
Match: Rogaška - Novi Pazar
Join thousands of ABA League fans in our digital community by liking us on Facebook, following us on Twitter or Instagram and subscribing to our YouTube channel.
If you like this and our other articles, make sure to sign up for the ABA League newsletter. You will be notified regarding all important news and updates on the ABA League via e-mail.
Social Media
Tweets by ABA_League