In the ninth round of the ABA League 2 season, Borac have beaten Široki on the road in Pecara Sports Hall, Široki Brijeg. 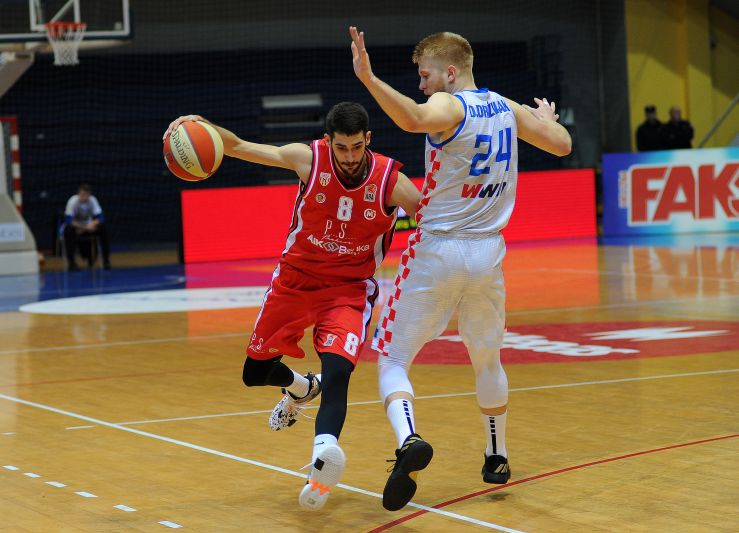 In the ninth round of the ABA League 2 season, Borac have beaten Široki on the road in Pecara Sports Hall, Široki Brijeg.

In a derby game of the ninth round in the ABA League 2, Borac have grabbed yet another big win this season and stay firmly seated at the first place in the standings, with only one defeat after nine rounds. On the other side, Široki have suffered their fourth defeat of the season, but keep their place in the upper half of the standings and will keep fighting for a Playoffs spot.

Široki have started the game better and led by 6 points after the opening quarter, but by halftime, Borac have made the gap disappear, as the score was 46:46 after 20 minutes. In the third quarter, Borac completely took control of the match and led by 10 ahead of the final quarter.

In the final ten minutes of the game, the guests have continued to control the flow of the game and prevailed with the final score of 74:93.

Click here for more match stats
Match: Široki - BoracBoracŠiroki
Join thousands of ABA League fans in our digital community by liking us on Facebook, following us on Twitter or Instagram and subscribing to our YouTube channel.
If you like this and our other articles, make sure to sign up for the ABA League newsletter. You will be notified regarding all important news and updates on the ABA League via e-mail.
Social Media
Tweets by ABA_League