Partizan NIS have achieved their seventh win of the season by beating Mega Bemax on the road in Ranko Žeravica Sports Hall and strengthened their position in the Playoffs Zone! 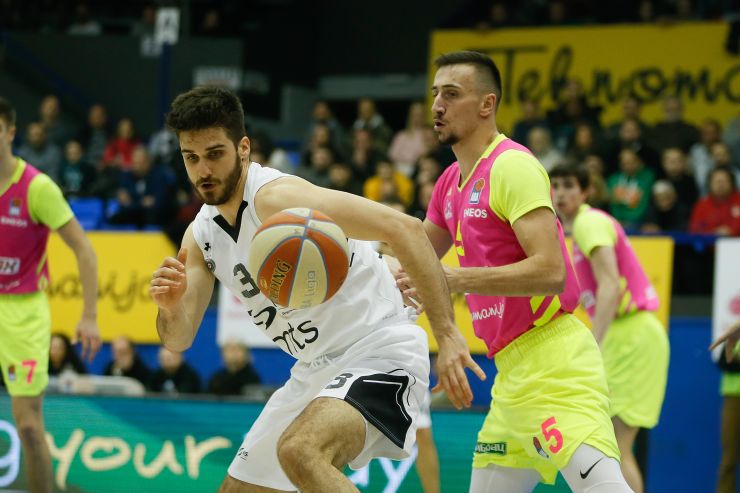 Game recap: Partizan NIS keep on grinding and strengthening their position near the very top of the ABA League standings! The black and white have prevailed over Mega Bemax on the road in Belgrade thanks to their excellent last quarter and achieved their seventh triumph in the regional competition, which will put them at least on the third place, if not even second after eleven rounds played. On the other side, Mega Bemax continue their season with two victories on their record and still have a lot of work to do in order to achieve their goal of escaping the danger zone near the very bottom of the standings.

Key moments: When the teams entered the final quarter, the score was still tied at 66:66. However, as the last period began, Partizan NIS pushed up the tempo on defense and allowed only 3 points to Mega Bemax in the opening six minutes and a half of the quarter, while scoring 21 in the same period of the time, which put them up by 18 points (87:69), with only 210 seconds remaining on the game clock. The outcome of the battle was decided.

Man of the match: Rashawn Thomas has shined once more for Partizan NIS, as he had 16 points, 8 rebounds, 5 assists, 2 blocks, 1 steal and a valuation of 30 in less than 28 minutes spent on court. He is our man of the match!

Can’t trick the stats: Partizan NIS have demonstrated a high level of team play, as they have dished out no less than 24 assists. In comparison Mega Bemax had only 14. See the difference?

Click here for more match stats
Match: Mega MIS - Partizan Mozzart BetPartizan Mozzart BetMega MIS
Join thousands of ABA League fans in our digital community by liking us on Facebook, following us on Twitter or Instagram and subscribing to our YouTube channel.
If you like this and our other articles, make sure to sign up for the ABA League newsletter. You will be notified regarding all important news and updates on the ABA League via e-mail.
Social Media
Tweets by ABA_League