In the opening game of the ABA League 2 Round 13, MZT Skopje Aerodrom have beaten Spars of Sarajevo at home in Skopje. 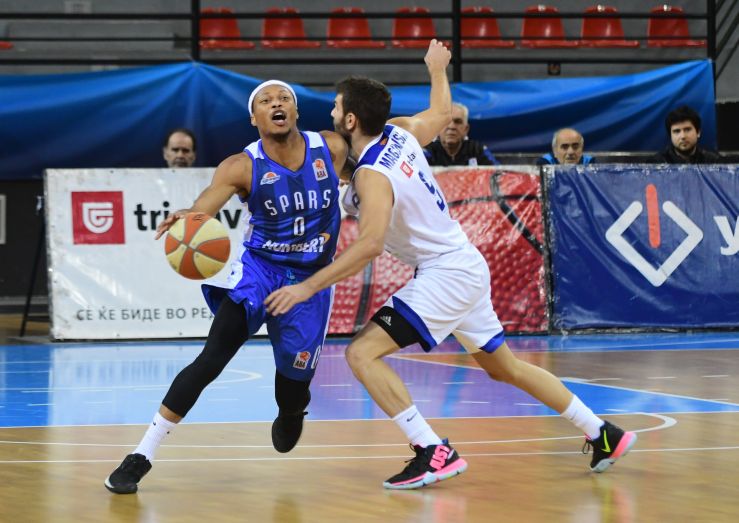 In the opening game of the ABA League 2 Round 13, MZT Skopje Aerodrom have beaten Spars of Sarajevo at home in Skopje.

MZT Skopje Aerodrom will keep aiming at the top of the ABA League 2 standings even after 13 rounds, as with the victory over Spars, they have achieved their 10th win of the season and they will remain at the second place and the only team in front of them in the standings will remain Borac.

On the other side, defeated Spars stay at the very bottom of the standings with one triumph grabbed so far this season and they will have a lot of work to do in order to escape the danger zone.

The guests have started the game really well and were ahead by 9 after the first quarter (23:14). However, MZT Skopje Aerodrom bounced back in the second quarter and turned the score completely around until the big break, when the score on the scoreboard was 38:32. In the second half, Spars did not have the strength to come back in front again and have celebrated the win with the final score of 73:64.

Click here for more match stats
Match: MZT Skopje Aerodrom - Spars IlidžaMZT Skopje AerodromSpars Ilidža
Join thousands of ABA League fans in our digital community by liking us on Facebook, following us on Twitter or Instagram and subscribing to our YouTube channel.
If you like this and our other articles, make sure to sign up for the ABA League newsletter. You will be notified regarding all important news and updates on the ABA League via e-mail.
Social Media
Tweets by ABA_League