At home in Borac Sports Hall in Čačak, Borac have prevailed over Sloboda and grabbed their 12th win of the ABA League 2 season. 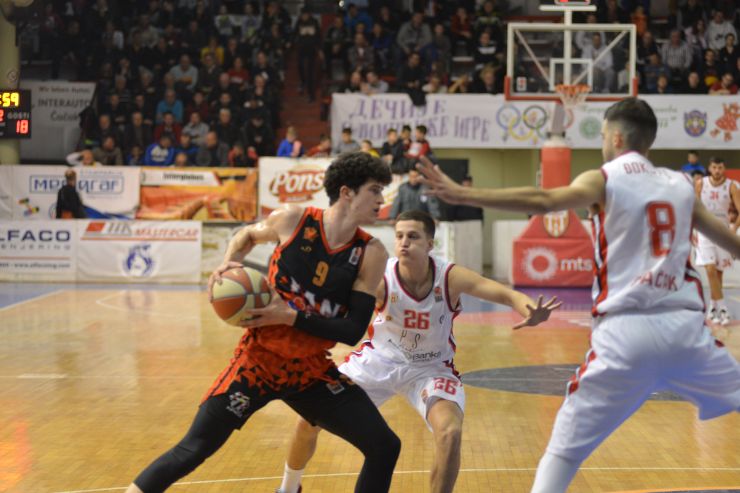 At home in Borac Sports Hall in Čačak, Borac have prevailed over Sloboda and grabbed their 12th win of the ABA League 2 season. This is also the ninth win in a row for Borac and this winning streak puts them firmly at the top of the standings, with two victories more than MZT Skopje Aerodrom after 13 rounds.

On the other side, Sloboda continue their ABA League 2 season with only 3 triumphs on their record and they are just one place and two victories above the last placed Spars of Sarajevo.

Borac have made things clear as early as in the opening quarter, when they have made their lead already double-digit and finished the period with +9 (27:18). It turned out that Sloboda just did not manage to turn the game around in the remaining time and the final score was 99:69 in favour of the hosts.

Click here for more match stats
Match: Borac - Sloboda TuzlaBoracSloboda Tuzla
Join thousands of ABA League fans in our digital community by liking us on Facebook, following us on Twitter or Instagram and subscribing to our YouTube channel.
If you like this and our other articles, make sure to sign up for the ABA League newsletter. You will be notified regarding all important news and updates on the ABA League via e-mail.
Social Media
Tweets by ABA_League