In their first game in the 2020, Igokea have prevailed over Cedevita Olimpija on the road in Stožice Arena in Ljubljana. 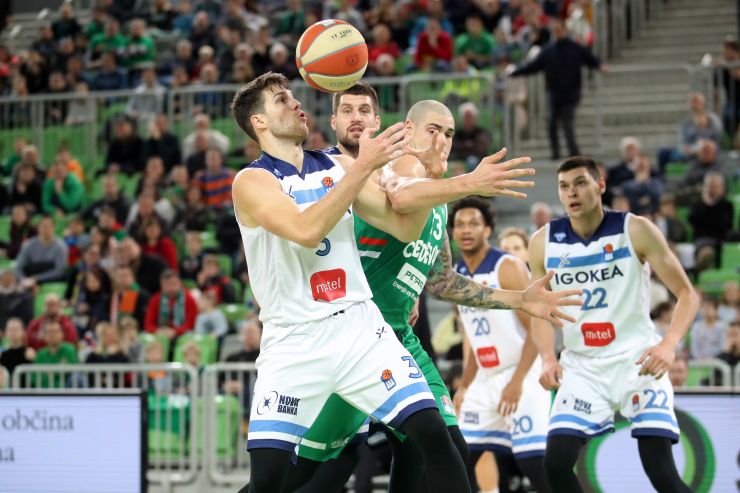 Game recap: Igokea fans will be delighted with the way their squad have started the year 2020, as they have beaten the Top 4 team Cedevita Olimpija on the road in Stožice. This is the fourth win of the season for Igokea, which currently lifts them up with by one win above the very bottom of the ABA League standings. On the other side, Cedevita Olimpija have suffered their fourth defeat of the season and they will continue to battle for the top of the standings after the end of the regular season.

Key moments: It has really been anybody’s game until the end of the clash, as both sides were exchanging leads throughout the game. However, Igokea went on a 9:0 run between 3 and a half minutes until the end and a minute before the end, which put them up by 7 points (83:76). That’s when the winners of the game were decided.

Man of the match: Former Olimpija player Sava Lešić simply shined as he came back to Ljubljana. He had 27 points (4/6 for 3 points), while adding 8 rebounds, 2 steals, 1 block and a valuation of 31 to his stats. He is our man of the match.

Click here for more match stats
Igokea m:telCedevita Olimpija
Join thousands of ABA League fans in our digital community by liking us on Facebook, following us on Twitter or Instagram and subscribing to our YouTube channel.
If you like this and our other articles, make sure to sign up for the ABA League newsletter. You will be notified regarding all important news and updates on the ABA League via e-mail.
Social Media
Tweets by ABA_League