Igokea have edged out Zadar in the 16th round of the ABA League season, on the road in Krešimir Ćosić Arena. 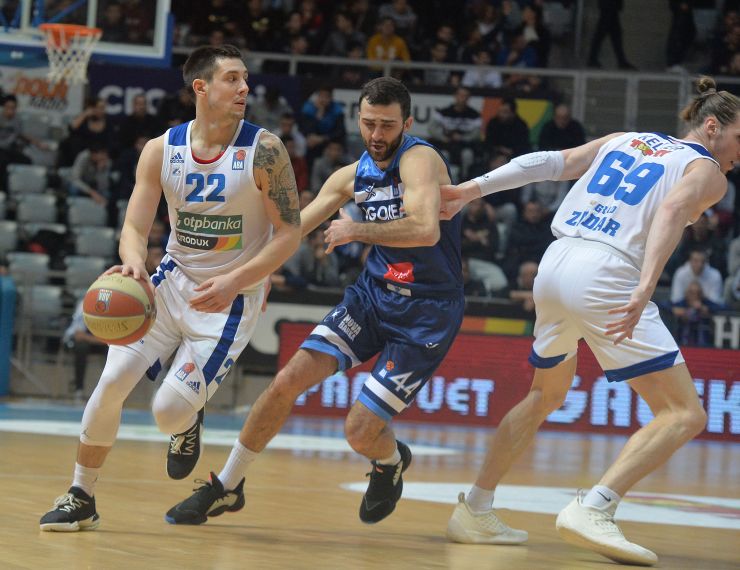 Game recap: In the 16th round of the ABA League season, Igokea have outgunned Zadar, which is their second triumph against Zadar this season. This is the sixth win of the season and their fourth in a row for Igokea, which have now escaped the danger zone at the bottom of the standings, as they are now 3 triumphs above last-placed Mega Bemax and two above Zadar, which are a place above the very bottom.

Key moments: Zadar were up throughout the majority of the game, but when it mattered the most, Igokea took the matters into their own hands. With a bit more than 4 minutes remaining on the game clock, Zadar were still up by 2 points (75:73), but over the next 2 minutes, Igokea went on a 9:0 run, which put them in front by 7 points (82:75), with a bit more than 2 minutes remaining. Zadar did not manage to bounce back anymore until the end.

Man of the match: Big man Đorđe Gagić shined for Igokea, as he had 23 points, 4 rebounds, 3 assists, 2 steals and a valuation of 31 to his stats in 27 minutes spent on court. He is our man of the match.

Can’t trick the stats: Zadar had 16 turnovers and Igokea 12 and that’s what cost the hosts the victory in the end.

Click here for more match stats
Match: Zadar - Igokea m:telZadarIgokea m:tel
Join thousands of ABA League fans in our digital community by liking us on Facebook, following us on Twitter or Instagram and subscribing to our YouTube channel.
If you like this and our other articles, make sure to sign up for the ABA League newsletter. You will be notified regarding all important news and updates on the ABA League via e-mail.
Social Media
Tweets by ABA_League