In the 16th round of the ABA League 2 season, Lovćen 1947 Bemax have grabbed their seventh win, by outgunning Široki at home in Cetinje. 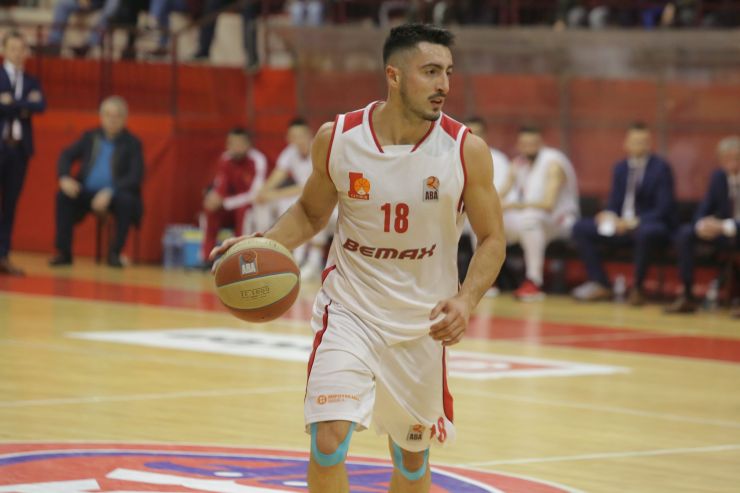 In the 16th round of the ABA League 2 season, Lovćen 1947 Bemax have grabbed their seventh win, by outgunning Široki at home in Cetinje.

Lovćen 1947 Bemax came to the court fully focused on keeping a pair of points at home. They were up by 9 points already after the opening quarter of the clash (28:19) and by 12 by halftime (53:41). In the second half, they did not have problems with protection of their advantage and in the end they celebrated a victory with the score of 91:83.

For Lovćen 1947 Bemax, this is the seventh win of the season, which puts them in the middle of the standings. On the other side, Široki continue their ABA League 2 season with 9 triumphs on their record, which keeps them in the Playoffs race before the final 6 rounds of the regular season.

Click here for more match stats
Lovćen 1947Match: Lovćen 1947 - ŠirokiŠiroki
Join thousands of ABA League fans in our digital community by liking us on Facebook, following us on Twitter or Instagram and subscribing to our YouTube channel.
If you like this and our other articles, make sure to sign up for the ABA League newsletter. You will be notified regarding all important news and updates on the ABA League via e-mail.
Social Media
Tweets by ABA_League