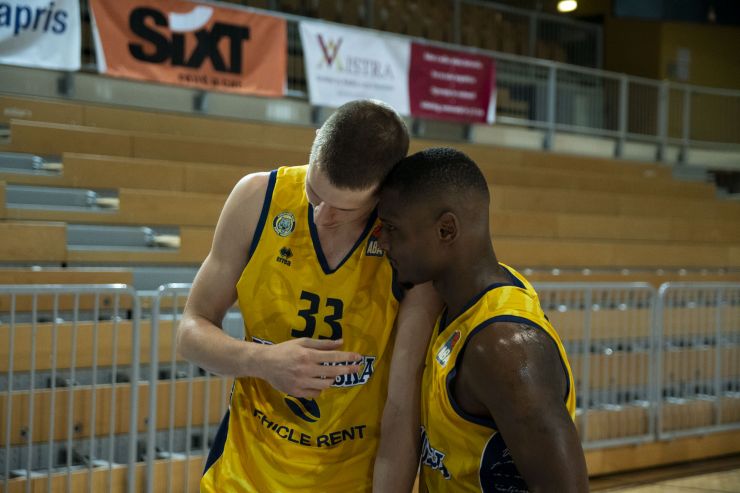 Game recap: Well, this was definitely one of the most exciting game-endings so far in the 2019/20 ABA League regular season! Koper Primorska have defeated Cibona by 79:78 after an unbelievable full-court 3-pointer scored by Marko Luković at the 4th quarter buzzer. Before that, Cibona’s point guard Matic Rebec failed to seal the win for the visitors as he missed both free-throws.

Key moments: Everything seemed to be over in this match after Matic Rebec got fouled on 2.1 seconds before the end. At that moment Cibona were up by 78:76 and Rebec had a chance to definitely seal ther win for the visitors. However, Rebec missed the 1st free-throw, while he then decided to miss the 2nd one on purpose so that Koper Primorska would have to make a full-court shot in order to win the game. But, unfortunately for Rebec and Cibona, that is exactly what happened after his miss.

Marko Luković grabbed the defensive rebound, he made a dribbling and pulled up for a full-court 3-pointer... And the ball went IN right at the buzzer!

Man of the match: Well, this is not difficult, isn’t it? Marko Luković is the hero of Koper Primorska and he fully deserves this reward this evening.

Can’t trick the stats: Once again, we will say that looking at the stats after this kind of game-ending is quite pointless. Those 2 missed free throws by Matic Rebec and that miraculous 3-pointer made by Marko Luković decided the winner.

Click here for more match stats
Match: Koper Primorska - Cibona
Join thousands of ABA League fans in our digital community by liking us on Facebook, following us on Twitter or Instagram and subscribing to our YouTube channel.
If you like this and our other articles, make sure to sign up for the ABA League newsletter. You will be notified regarding all important news and updates on the ABA League via e-mail.
Social Media
Tweets by ABA_League