On Sunday night, Zadar will be hosting Koper Primorska in Adriatic clash of two teams that still have a lot to fight for this season. 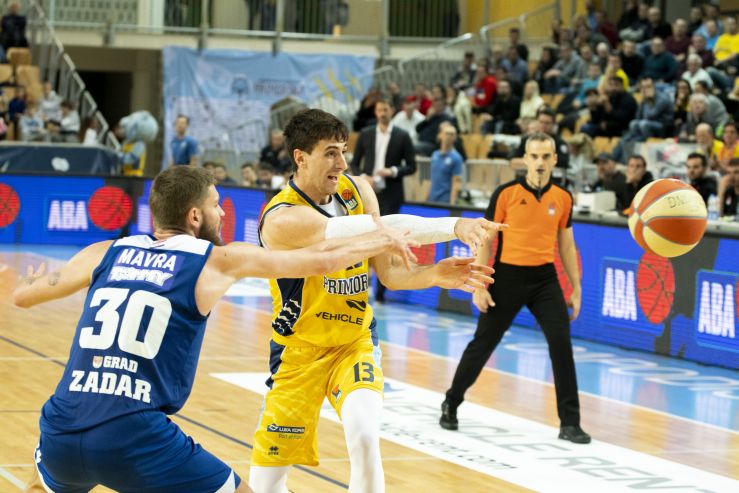 Story of the game: Big game is coming up in Višnjik in the last ABA League clash for the 2019/20 ABA League season in Zadar. The Dalmatians will be hosting Koper Primorska in the game, that could be decisive for the outcome of the season for each of the two squads.

With 2 rounds left to be played in the ABA League season, Zadar are placed in the last place in the standings, with one win less on their record than Krka, Cibona and Mega Bemax. So they can still escape the bottom, but they desperately need to win.

On the other side, Koper Primorska are one of the three teams, that are still sharing the fourth place in the standings with 12 wins on their record, besides Cedevita Olimpija and Mornar. They need to win to stay in the Playoffs race, while a defeat would probably already knock them out of the race.

Both of the squads have won their last ABA League game, but Koper Primorska have been much more successful lately, having won four of their last five games, while Zadar have won only one.

Who is your favourite?

Match-up in focus: Ive Ivanov will be facing Marko Luković in an intriguing encounter in Višnjik this time! Ivanov is currently the second-best scorer and third-best rebounder of Zadar with 11.8 points and 5 rebounds per game, while Luković is the best at Koper Primorska in both scoring and rebounding with 14.5 points and 6.7 rebounds per game. Who will dominated the court this time around?

Match: Zadar - Koper PrimorskaZadarKoper Primorska
Join thousands of ABA League fans in our digital community by liking us on Facebook, following us on Twitter or Instagram and subscribing to our YouTube channel.
If you like this and our other articles, make sure to sign up for the ABA League newsletter. You will be notified regarding all important news and updates on the ABA League via e-mail.
Social Media
Tweets by ABA_League