Budućnost VOLI have outgunned Borac at home in Morača Sports Hall in Podgorica. 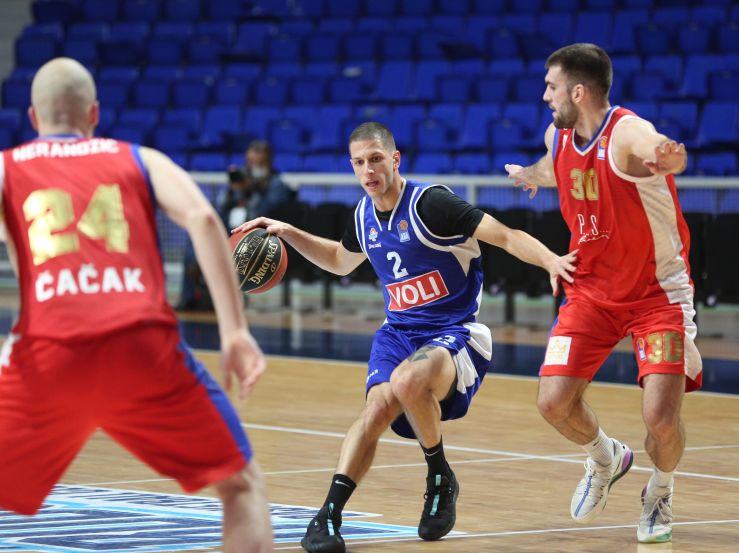 Game recap: Budućnost VOLI have outgunned Borac at home in Morača Sports Hall in Podgorica. For the Blues, this is the third win this season in the opening three rounds, which means that they will remain at the top of the ABA League standings with a perfect record after three rounds played. On the other side, Borac, after a tough schedule in the opening three rounds, where they have faced Partizan NIS, Crvena zvezda mts and Budućnost VOLI, will continue their ABA League season with one win and two defeats on their record.

Key moments: Borac have started the game extremely well and led by 7 points after the opening quarter (19:26). However, thanks to their excellent 3-point shooting, the hosts got back into the game in the second quarter, which they have won 29:18 and led by 4 at the big break.

Midway through the third quarter, Budućnost VOLI were still up by only 2 points (52:50), but that’s when the hosts went on an 8:0 run, which finished with an alley-oop by Ivanović and Reed and took a double-digit lead (60:50). As it turned out later, Borac did not manage to get in front again after that even though they did come closer in the end.

Man of the match: There’s only one name – Nikola Ivanović! Budućnost VOLI sniper had an exceptional game, scoring 27 points, (3/5 for 3), while adding 5 assists, 2 rebounds, just as many steals and a valuation of 32 to his stats. He is our man of the match!

Can’t trick the stats: Budućnost VOLI have outrebounded Borac 32:20 and that was crucial for the outcome of the game in the end.