In the opening game of the Sunday's ABA League schedule, Cibona are hosting Mega Soccerbet at home in Dražen Petrović Arena, Zagreb. Follow live play by play on our website. 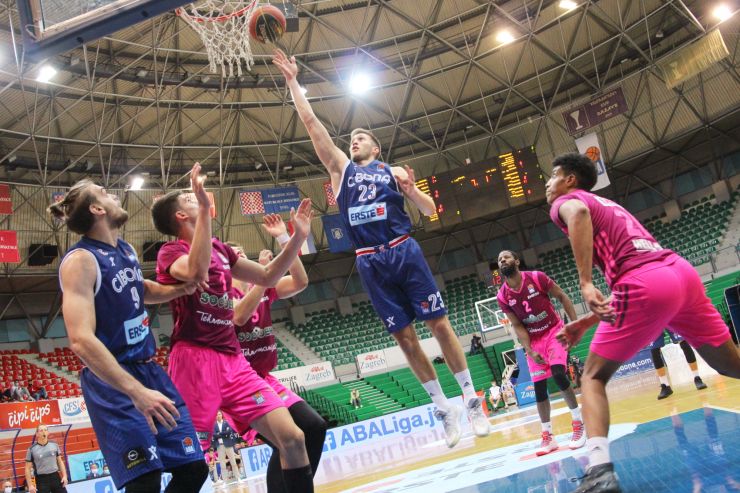 Game recap: On the road in Zagreb in the Round 3 of the ABA League season, Mega Soccerbet have prevailed over Cibona and therefore stay unbeaten after the three rounds. The youngsters of Belgrade cracked the resistance of the hosts late in the final quarter and have deservedly grabbed a new pair of points. On the other side, Cibona continue to struggle in their battle for the first win this season, for which they will still have to wait a bit longer.

Key moments: With a bit more than a minute and a half remaining, the teams have still been tied at 71:71, but that’s when Luka Cerovina scored a triple to take his team ahead 71:74. This was a start of the 5:0 run by Mega late in the game and when the two teams entered the final minute Mega have been up 71:76. Cibona did not manage to turn it around anymore.

Man of the match: Dayshon Scoochie Smith shined for Mega Soccerbet, as he led them towards the win in Zagreb. The American had 21 points, 5 assists, 4 rebounds, a steal and a valuation of 30. He is our man of the match.

Can’t trick the stats: The teams were close in terms of result this time and the stats reveal just that. No team dominated any of the statistical categories this time.

Click here for more match stats
Match: Cibona - Mega MIS
Join thousands of ABA League fans in our digital community by liking us on Facebook, following us on Twitter or Instagram and subscribing to our YouTube channel.
If you like this and our other articles, make sure to sign up for the ABA League newsletter. You will be notified regarding all important news and updates on the ABA League via e-mail.
Social Media
Tweets by ABA_League