Mornar have seized one more win in the 2020/21 ABA League regular season as they defeated Igokea in this week’s ABA League match of the round. 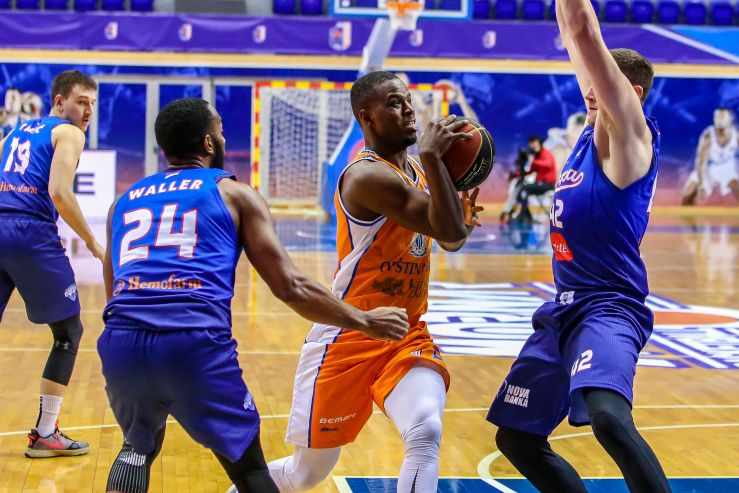 Game recap: Mornar have seized one more win in the 2020/21 ABA League regular season as they defeated Igokea in this week’s ABA League match of the round. This was another very convincing performance by the Bar troops who have managed to score no less than 90 points and to beat a very good team of Igokea.

On the other side, the visitors fought as much as they could, considering the fact that they played this game without two of their best big guys - Nikola Jovanović and Jackie Carmichael. They had some good moments in this match, but Mornar’s troops were simply too good this evening.

Key moments: Mornar gained a double-digit lead during the 2nd quarter and they were up by 49:39 at the halftime, while the home side definitely sealed the win in the 3rd quarter in which they increased the gap to 20 points – 74:54.

Man of the match: Isaiah Whitehead was the 2nd best scorer of Mornar in this match (18 points), while he had the highest index rating out of all home-team players (19). He made some very important shots in the 3rd quarter, helping his team escape on a 20-point lead.

Can’t trick the stats: Apart from scoring 90 points this evening, Mornar were also very good in defending their basket. The home team made 8 steals after which they were able to score some easy points. On the other side, Igokea made just 1 steal for the entire match.

Click here for more match stats
Match: Mornar - Igokea
Join thousands of ABA League fans in our digital community by liking us on Facebook, following us on Twitter or Instagram and subscribing to our YouTube channel.
If you like this and our other articles, make sure to sign up for the ABA League newsletter. You will be notified regarding all important news and updates on the ABA League via e-mail.
Social Media
Tweets by ABA_League