We have just witnessed another unbelievable game in ABA League! Mega Soccerbet have defeated Borac thanks to Filip Petrušev who scored the game-winning 2-pointer in the final second of the 4th quarter. 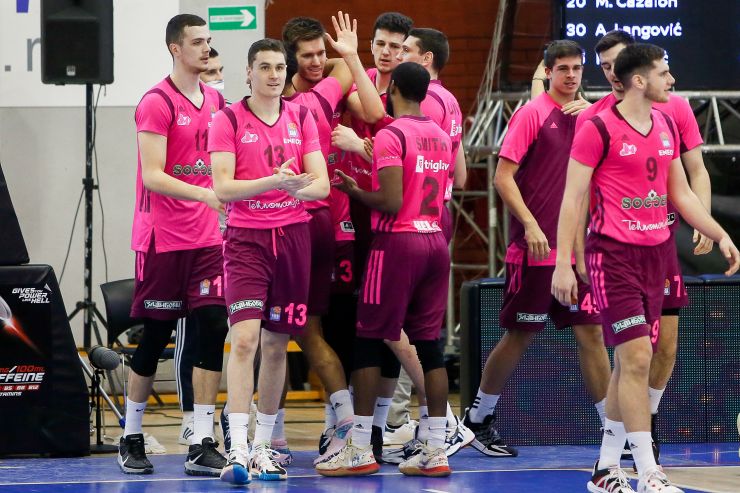 Game recap: We have just witnessed another unbelievable game in ABA League! Mega Soccerbet have defeated Borac thanks to Filip Petrušev who scored the game-winning 2-pointer in the final second of the 4th quarter.

It is hard to describe everything that has happened in this rollercoaster Mega’s win. The home team were up by 21 points in the first half, then Borac went in front in the last quarter and had a 6-point lead. Eventually, Mega Soccerbet managed to pull off a late comeback and to grab the win in the game’s final second.

Mega Soccerbet have therefore stayed in the race for the Playoffs as they now have the overall score of 13-6, while on the other side Borac dropped to 4-13.

Key moments: Mega Soccerbet were up by 38:17 in the 2nd quarter and at that moment it seemed that this will be a comfortable win for the home side. However, Borac refused to surrender and the Čačak squad started melting the gap bit by bit, until they finally managed to take over the lead at the start of the 4th quarter!

The visitors even escaped on a 6-point lead – 74:80, with three-and-a-half minutes before the end, but they did not manage to stay in front for a long time. Mega Soccerbet made a quick 10:0 run to take over the lead once again – 84:80, while then Borac answered back by scoring 4 points in a row and the score was all tied – 84:84. With just 8 seconds remaining on the game clock, Mega Soccerbet called a time-out and they used it to create a perfect play for the final moments of the game. Dayshon Scoochie Smith went for a drive and then made a perfect pass for Filip Petrušev who scored an easy 2-pointer in the final second of the match to win the game for Mega Soccerbet.

Can’t trick the stats: That one shot made the difference at the end. Both sides played a very good game and it is quite a shame that one of them had to lose.

Click here for more match stats
Match: Mega MIS - Borac Mozzart
Join thousands of ABA League fans in our digital community by liking us on Facebook, following us on Twitter or Instagram and subscribing to our YouTube channel.
If you like this and our other articles, make sure to sign up for the ABA League newsletter. You will be notified regarding all important news and updates on the ABA League via e-mail.
Social Media
Tweets by ABA_League