In the postponed game of the ABA League Round 14, Mornar will be hosting Zadar at home in Topolica Sports Hall in Bar. 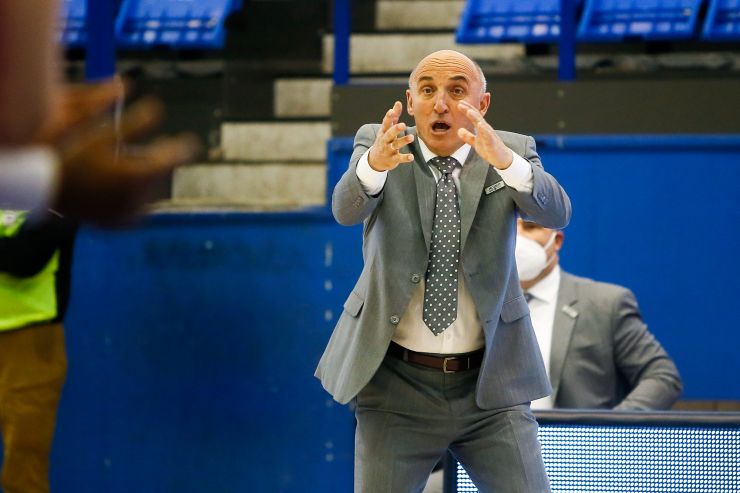 Story of the game: In the postponed game of the ABA League Round 14, Mornar will be hosting Zadar at home in Topolica Sports Hall in Bar.

It will be a clash of two squads, that are currently in a good shape, but two that also have a new win on a “must” list, since both of them are still fighting hard to accomplish their goals for this season.

While Mornar are currently still in the Playoffs race, with a record of 14 wins and 4 defeats, Zadar are seeking the win in order to avoid the danger zone at the bottom of the ABA League standings for good. They currently own 6 wins and 9 defeats and are 2 wins away from Borac, that have won the smallest number of games so far in this ABA League season.

And while Mornar have won 3 of their last 5 ABA League games and won their last one, Zadar are coming to Topolica after 4 straight triumphs and have no intention of stopping there. Can Mornar mess their plans up?

Let’s watch the game and find out!

Match-up in focus: The head to head clash in focus will be the one between big men Uroš Luković of Mornar and Chinanu Onuaku of Zadar. Onuaku is shining for Zadar this season, leading the Dalmatians in both scoring and rebounding (14 points, 7.3 rebounds), while Luković is an integral part of Mornar frontcourt, especially shining in rebounding and blocks. Will he be able to block Onuaku’s another stellar performance?

Match: Mornar-Barsko zlato - Zadar
Join thousands of ABA League fans in our digital community by liking us on Facebook, following us on Twitter or Instagram and subscribing to our YouTube channel.
If you like this and our other articles, make sure to sign up for the ABA League newsletter. You will be notified regarding all important news and updates on the ABA League via e-mail.
Social Media
Tweets by ABA_League