Cedevita Olimpija have outgunned Borac on the road in Čačak and achieved another important win in their Playoffs race. 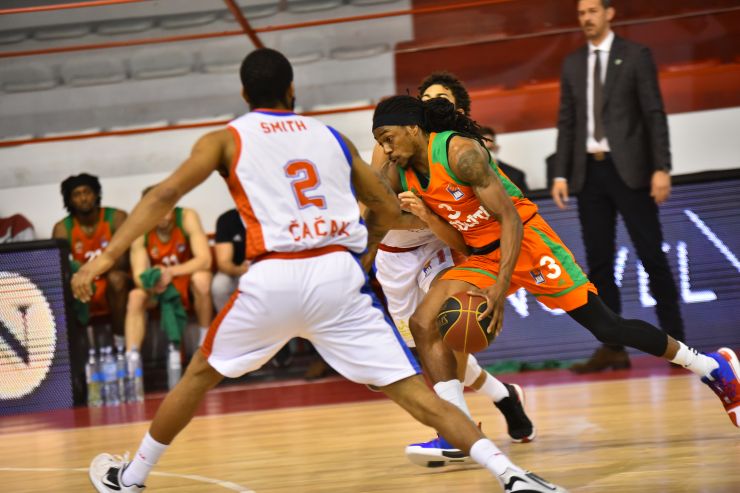 Game recap: Cedevita Olimpija have outgunned Borac on the road in Čačak and achieved another important win in their Playoffs race. This is the 15th win of the season for Cedevita Olimpija and 9th in a row in ABA League, and they are now on a 15:3 record after 18 games played and their chances of reaching the Playoffs after the Regular Season ends are still looking strong. On the other side, Borac have suffered their 14th defeat this season and with only 4 wins grabbed so far, they will take the last 13th place in the standings after the Round 20 will be over. They have a lot of struggle ahead of them in order to escape the danger zone and the ABA League Qualifiers after the end of the Regular Season.

Key moments: Even though Cedevita Olimpija pulled away to the double-digit lead at the start of the second quarter, Borac managed to make it anybody’s game again by 18th minute, when the margin was only 5 points again (38:43). However, that’s when Cedevita Olimpija went on a 8:0 run in the forthcoming minute, pulling away to the 13-point advantage (38:51). As it turned out later in the game, Borac did not manage to bounce back once again.

Man of the match: Kendrick Perry had a fantastic performance, as he led his Cedevita Olimpija towards the road win in Čačak. He had 21 points, 8 assists, 1 assist and a valuation of 28. He is our man of the match.

Can’t trick the stats: Field goal percentage, rebounding, passing. The Dragons have been the better of two teams in almost every statistical category and this turned the flow of the game their way.

Click here for more match stats
Match: Borac - Cedevita Olimpija
Join thousands of ABA League fans in our digital community by liking us on Facebook, following us on Twitter or Instagram and subscribing to our YouTube channel.
If you like this and our other articles, make sure to sign up for the ABA League newsletter. You will be notified regarding all important news and updates on the ABA League via e-mail.
Social Media
Tweets by ABA_League