Zadar have grabbed an important win over Borac on the road in Čačak and improved their chances of escaping the danger zone near the bottom of the ABA League standings before the end of the Regular Season. 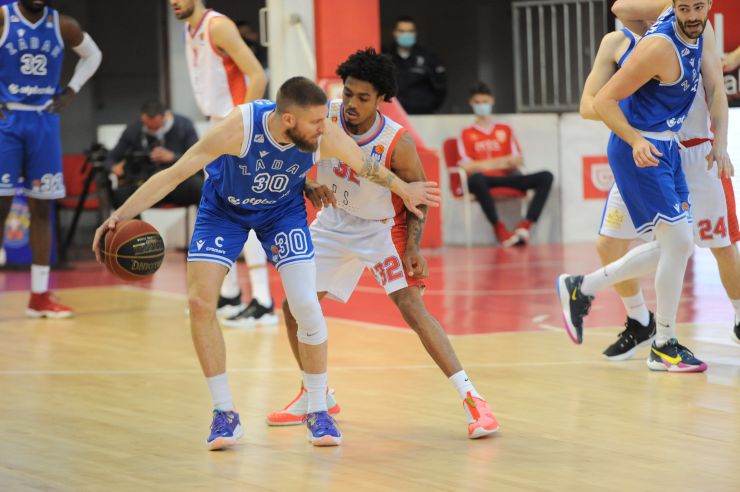 Game recap: Zadar have grabbed an important win over Borac on the road in Čačak and improved their chances of escaping the danger zone near the bottom of the ABA League standings before the end of the Regular Season. This is the 8th win for Zadar this season and second one over Borac in just 10 days. This now puts them a win above Borac (as well as Split, Cibona and Krka) in the battle to avoid the 13th place in the standings. However, Split, Cibona and Krka still have their 24th round games to play.

Key moments: Two minutes before the end of the first half, Zadar have still been in front by only a point (29:30). However, that’s when Aleksandar Bursać scored a 3-pointer to begin his team’s push towards the decisive lead. Zadar went on an 8:0 run by 22nd minute for the 29:38 lead, but they did not stop there, as they managed to make their lead double-digit for the first time in the 29th minute, as they were up 39:50. As it turned out later in the game, Borac did not manage to turn the game upside-down, even though they did cut the gap to only a couple of points in the final minutes and the visitors took a pair of points back home to Zadar along with them.

Man of the match: Aleksandar Bursać’s contribution was crucial this time around, as he led his Zadar to the win with 11 points, 9 rebounds, 4 assists, 2 steals and a valuation of 23 to his record. He’s our man of the match!

Can’t trick the stats: Zadar have been convincingly more successful than Borac from the field, as they have been hitting 47% of their shots from the field during the game, while Borac scored only 32% of them. That’s where the game turned Zadar’s way!

Click here for more match stats
Match: Borac - Zadar
Join thousands of ABA League fans in our digital community by liking us on Facebook, following us on Twitter or Instagram and subscribing to our YouTube channel.
If you like this and our other articles, make sure to sign up for the ABA League newsletter. You will be notified regarding all important news and updates on the ABA League via e-mail.
Social Media
Tweets by ABA_League