Budućnost VOLI have prevailed over Krka on the road in Novo mesto and are now already qualified for the ABA League Playoffs. 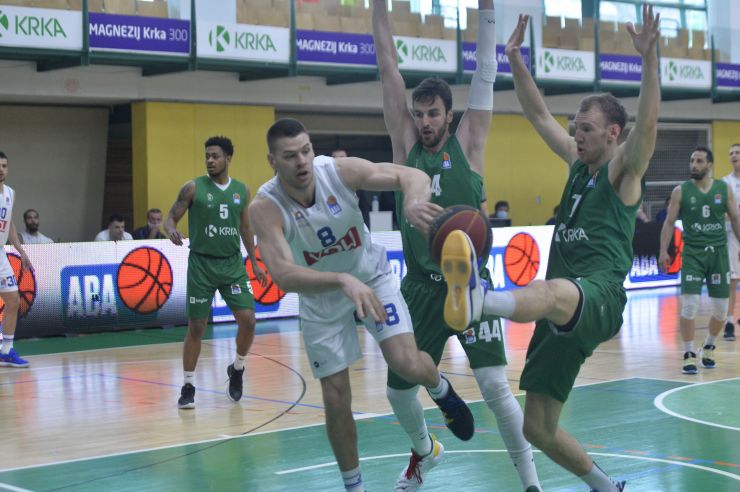 Game recap: Budućnost VOLI have prevailed over Krka on the road in Novo mesto and are now already qualified for the ABA League Playoffs. This is the 20th win for Budućnost VOLI this season in the ABA League and, since they have only 2 more games to play, besides the game against Koper Primorska that will be registered 20:0 in their favour, they have matematically secured their spot in the Top Four. On the other side, Krka continues to struggle in their battle to avoid the 13th place in the standings, which lead into the ABA League Qualifiers, as they remain one of the two squads with only 7 triumphs on their record right now.

Key moments: In the 7th minute of the game, Krka took the 20:13 lead, but afterwards they managed to score only 3 points over the course of the next 10 minutes and allowed Budućnost VOLI to make a 23:3 run, pulling away to the double-digit lead (23:36). The battle for the win was over.

Man of the match: Justin Cobbs had a tremendous performance, as he led Budućnost VOLI towards a convincing win with 18 points, 3 rebounds, just as many assists and a valuation of 24 on his record. He is our man of the match!

Can’t trick the stats: Budućnost VOLI have simply been the dominant force on the glass, as they had 42 rebounds and Krka only 29. That’s what determined the flow of the game.

Click here for more match stats
Match: Krka - Budućnost VOLI
Join thousands of ABA League fans in our digital community by liking us on Facebook, following us on Twitter or Instagram and subscribing to our YouTube channel.
If you like this and our other articles, make sure to sign up for the ABA League newsletter. You will be notified regarding all important news and updates on the ABA League via e-mail.
Social Media
Tweets by ABA_League