In the first game of the Semi-final series, Budućnost VOLI have taken the 1:0 advantage, after protecting their home court against Mornar in Game 1 in Morača Sports Hall. 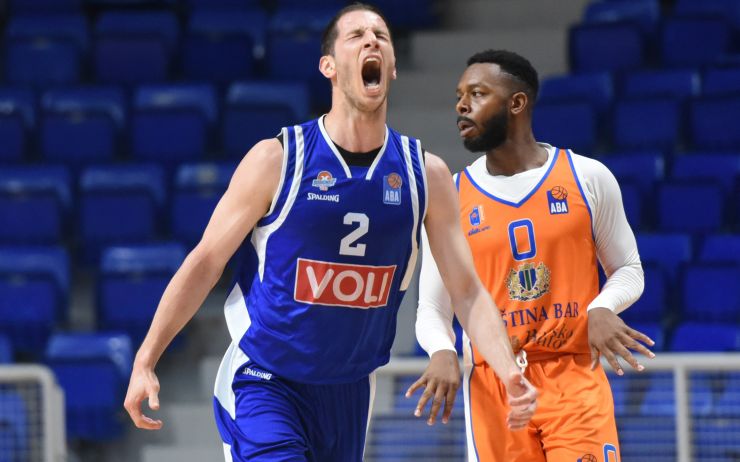 Game recap: In the first game of the Semi-final series, Budućnost VOLI have taken the 1:0 advantage, after protecting their home court against Mornar in Game 1 in Morača Sports Hall. It has been a spectacular high-scoring contest with plenty of attractive and high-flying action in which Budućnost VOLI have prevailed in the end, even though the opening of the game did not go just exactly as planned for them. They now made the first step towards the 2021 ABA League Finals and can accomplish the mission already on Friday night with a possible win in Topolica Sports Hall in Game 2.

Key moments: Mornar were the ones to open the game in a better fashion, as they were up by no less than 7 points already in the first quarter (17:24 in 6th minute). However, Budućnost VOLI fought back in the remainder of the first half and departed for the big break with a one-point lead (52:51). However, the key moments have arrived in the final two minutes of the third quarter. Budućnost VOLI entered the 39th minute with a two-point lead (69:67), but then went on an 8:2 run until the end of the third, grabbing an advantage of 8 points (77:69) before the final quarter. It turned out, that Mornar did not manage to make it anybody’s contest anymore until the end of the game.

Man of the match: Justin Cobbs had a tremendous performance, as he led his team to the win with 22 points, 7 assists, 4 rebounds, 1 steal, 1 block and a valuation of 34. He is our man of the match!

Can’t trick the stats: Budućnost VOLI have outrebounded Mornar 35:30. This, altogether with a better field goal percentage, higher number of assists, steals and blocks, pushed them above Mornar this time around

Click here for more match stats
Match: Budućnost VOLI - Mornar
Join thousands of ABA League fans in our digital community by liking us on Facebook, following us on Twitter or Instagram and subscribing to our YouTube channel.
If you like this and our other articles, make sure to sign up for the ABA League newsletter. You will be notified regarding all important news and updates on the ABA League via e-mail.
Social Media
Tweets by ABA_League