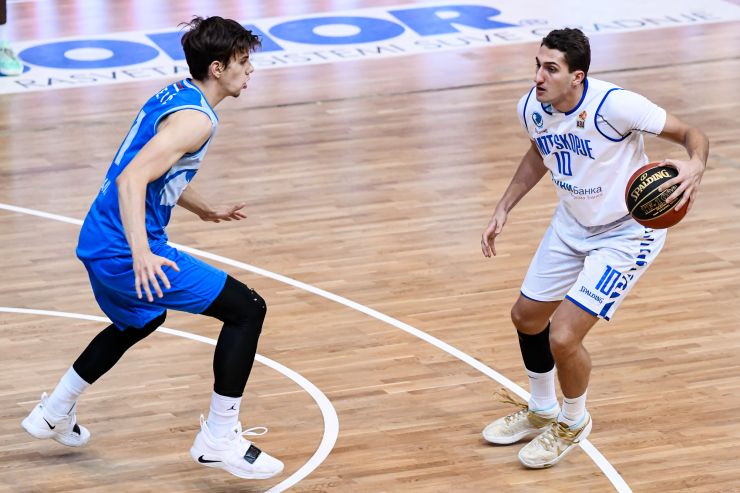 One of the best games of the opening round of the 2021/22 ABA League 2 regular season was certainly the clash between MZT Skopje Aerodrom and Mladost MaxBet. At the end, it was MZT Skopje Aerodrom who prevailed and they did it mostly thanks to 3 of their players who put on truly amazing performance this evening in Zlatibor.

Damjan Robev was without any doubt the MVP of today’s match. MZT’s shooting guard scored 30 points, including 6 three-pointers, while his overall rating in his first ever ABA League 2 game was 32! The other two MZT’s heroes were their two big guys Nemanja Milošević and Robert Rikić. Milošević finished this match with 20 points and 9 rebounds, while Rikić had 10 points and 9 rebounds.

And those rebounds really made the difference today. MZT Skopje Aerodrom made 41 rebounds in total, while on other side Mladost MaxBet made 27.

Mladost MaxBet’s offense today was relying on Matija Belić who scored 23 points and Otis Livingstone who made 19 points, however that was not enough for the last season’s semifinalists to win this match.

Click here for more match stats
Match: MZT Skopje Aerodrom - Mladost MaxBet
Join thousands of ABA League fans in our digital community by liking us on Facebook, following us on Twitter or Instagram and subscribing to our YouTube channel.
If you like this and our other articles, make sure to sign up for the ABA League newsletter. You will be notified regarding all important news and updates on the ABA League via e-mail.
Social Media
Tweets by ABA_League