In a derby game in Morača Sports Hall, Budućnost VOLI have outgunned Igokea after a major comeback and grabbed their third win of the season. 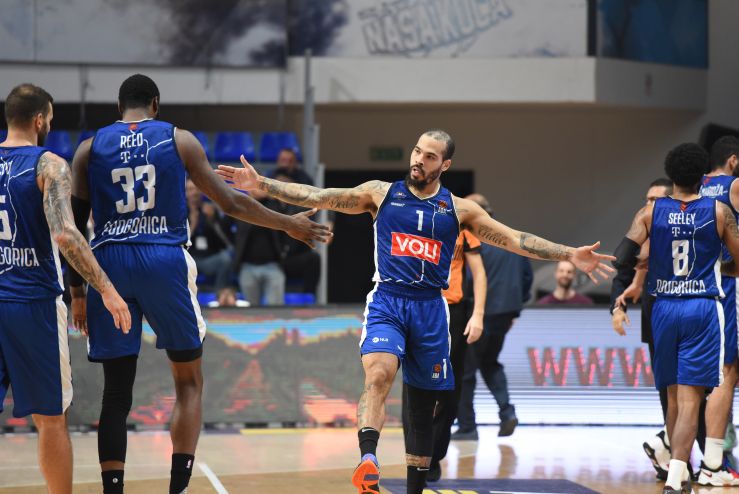 Game recap: In a derby game in Morača Sports Hall, Budućnost VOLI have outgunned Igokea after a major comeback and grabbed their third win of the season. With this win the blue and white of Podgorica keep chasing the very top of the standings after four rounds behind them, while on the other side Igokea are on a 2:2 record right now and will be positioned in the middle of the standings after four games played in this AdmiralBet ABA League season.

Key moments: Igokea were the ones to start the game in a better fashion and were up by 12 points after their dominant performance in the first quarter (12:24). However, Budućnost VOLI turned the game completely upside-down already in the second quarter, in which they have prevailed by 17 and departed to the big break with a 5-point advantage. The hosts kept on rolling in the third quarter and when D.J. Seeley took advantage of one of his two free-throws, Budućnost VOLI were up already in double digits (57:47) with one minute remaining in the third quarter. It has been difficult to expect another comeback, this time by Igokea at this point. And as it turned out in the end, it did not happen.

Man of the match: D.J. Seeley shined for Budućnost VOLI this time around, as he led his team to the win with 21 points, 4 assists, 3 steals, 2 rebounds, and a valuation of 28. He is our man of the match!

Can’t trick the stats: Budućnost VOLI have outrebounded Igokea 32:27 and that’s what turned the flow of the game their way.

Click here for more match stats
Match: Budućnost VOLI - Igokea m:tel
Join thousands of ABA League fans in our digital community by liking us on Facebook, following us on Twitter or Instagram and subscribing to our YouTube channel.
If you like this and our other articles, make sure to sign up for the ABA League newsletter. You will be notified regarding all important news and updates on the ABA League via e-mail.
Social Media
Tweets by ABA_League