FMP have scored their 4th win in a row in the 2021/22 regular season as they defeated Mega Basket on the road. 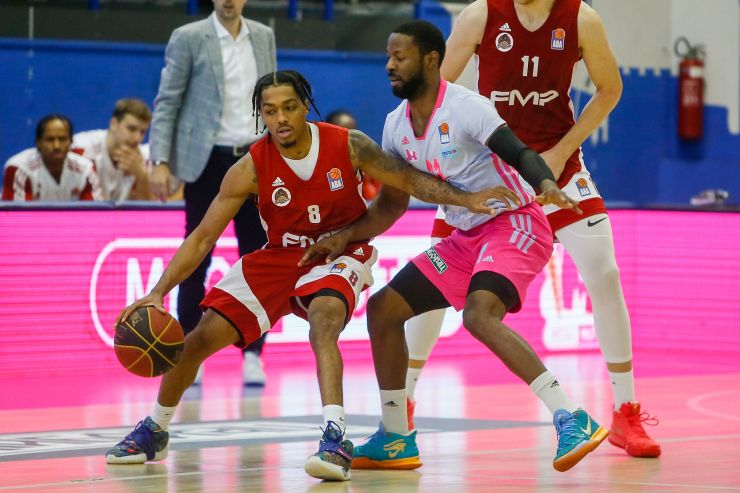 Game recap: FMP have scored their 4th win in a row in the 2021/22 regular season as they defeated Mega Basket on the road. In another thrilling game between these two local rivals, FMP’s point guard Bryce Jones made the difference in the 4th quarter as he scored 11 points in the last 10 minutes to lead the visitors toward the big triumph.

Key moments: With a bit over 8 minutes left on the game clock, FMP were up by two points – 68:66. And this moment is very important for this game as it is the moment when FMP’s point guard Bryce Jones started his one-man show. In the following 3 minutes Jones scored 11 consecutive points to help his team escape on a 7-point lead – 79:72. Jones was making some very difficult shots and every time he would somehow manage to drop the ball through the basket from a tough angle the whole team would get some extra confidence. And, FMP team used that confidence to keep their 7-point lead until the end.

Man of the match: There is no doubt here. Bryce Jones finished the match with 24 points, while his overall index rating was 29.

Can’t trick the stats: FMP won the battle inside the paint. The visitors made 32 rebounds today, while Mega Basket had 23.

Click here for more match stats
Match: Mega Mozzart - FMP Meridian
Join thousands of ABA League fans in our digital community by liking us on Facebook, following us on Twitter or Instagram and subscribing to our YouTube channel.
If you like this and our other articles, make sure to sign up for the ABA League newsletter. You will be notified regarding all important news and updates on the ABA League via e-mail.
Social Media
Tweets by ABA_League