In the Sunday’s matinee, FMP have prevailed over Zadar at home in Belgrade and anchored themselves just below the very top of the AdmiralBet ABA League standings. 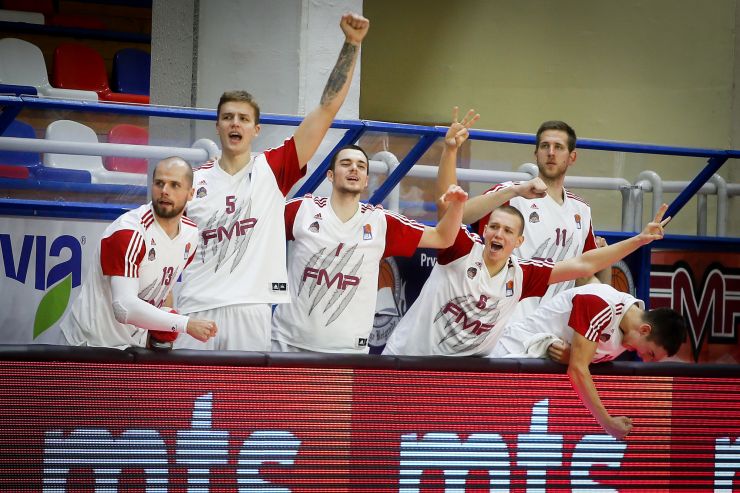 Game recap: In the Sunday’s matinee, FMP have prevailed over Zadar at home in Belgrade and anchored themselves just below the very top of the AdmiralBet ABA League standings. For FMP, this is the fifth win this season in six games played so far and that puts them just below the top of the standings, with only Partizan NIS having a better record right now. On the other side, Zadar remain just above the very bottom of the standings, still placed in the danger zone, with only one triumph collected so far in six appearances.

Key moments: With a bit less than 2 minutes remaining in the first half, Zadar were in front in double-digits (36:46) and it seemed like everything would be getting their way in the remainder of the clash. However, over the next 9 minutes, a blackout occurred to them and FMP made a 26:5 run, turning the game completely upside-down (62:51).

However, even that hasn’t been a decisive run, as it turned out later, as Zadar tied the game at 66:66 in 34th minute. But then FMP replied with a 5:0 run, that put them in front and gave them a 5-point advantage (66:71), that they did not let go of anymore until the end of the game.

Zadar came close to a 1-point deficit again (75:74) two minutes before the end, but then both Garrett Nevels and Danilo Tasić came up with their 3-point plays each to take their FMP up by 7 points with a minute and a half left (81:74). The game was over

Man of the match: Nenad Nerandžić had an excellent game against Zadar, as he led his FMP to the win with 23 points, 7 rebounds, 1 assist, 1 block and a valuation of 27. He is our man of the match!

Can’t trick the stats: Zadar had 17 turnovers and FMP only 12. This was decisive for the outcome of the game in the end.

Click here for more match stats
Match: FMP Meridian - Zadar
Join thousands of ABA League fans in our digital community by liking us on Facebook, following us on Twitter or Instagram and subscribing to our YouTube channel.
If you like this and our other articles, make sure to sign up for the ABA League newsletter. You will be notified regarding all important news and updates on the ABA League via e-mail.
Social Media
Tweets by ABA_League