In the thrilling finish of the opening game of the AdmiralBet ABA League Round 8, FMP have prevailed over SC Derby at home in FMP Arena, Belgrade. 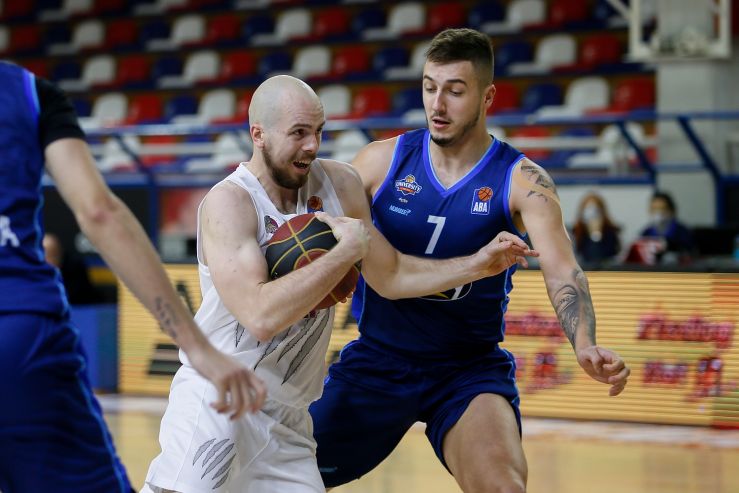 Game recap: In the thrilling finish of the opening game of the AdmiralBet ABA League Round 8, FMP have prevailed over SC Derby at home in FMP Arena, Belgrade. This is the sixth win of the season for FMP and with a 6:2 record, they will be placed in the Playoffs zone after eight rounds. On the other side, SC Derby will be positioned in the middle of the standings with the 4:4 record after 8 rounds played.

Key moments: During the game, the two squads have been exchanging leads, but as the game neared its finish, it could really go either way. SC Derby entered the final minute, with a one-point advantage (95:94), but then Garrett Nevels scored a crazy three-pointer to take his team ahead by 2 with just a bit under 60 seconds on the game clock. Kamenjaš scored only once from the free-throw line on the other side, and Marko Radonjić's three-pointer went in like a dagger for FMP, for the 98:94 lead and only 30 secconds on the clock. The game was as good as over at this point.

Man of the match: Danilo Tasić had an absolutely stunning performance as he led his FMP to the win over SC Derby. He finished the game with 25 points, 9 rebounds, 5 assists, 2 steals, 1 block and a valuation of 37 on his record. He is our man of the match!

Can’t trick the stats: FMP have been dominant on the glass as have absolutely outrebounded SC Derby (38:28). That’s what turned the game their way.

Click here for more match stats
Match: FMP Meridian - SC Derby
Join thousands of ABA League fans in our digital community by liking us on Facebook, following us on Twitter or Instagram and subscribing to our YouTube channel.
If you like this and our other articles, make sure to sign up for the ABA League newsletter. You will be notified regarding all important news and updates on the ABA League via e-mail.
Social Media
Tweets by ABA_League