Crvena zvezda mts have scored their 6th consecutive win in the 2021/22 AdmiralBet ABA League season as they prevailed over SC Derby on the road in Round 9. 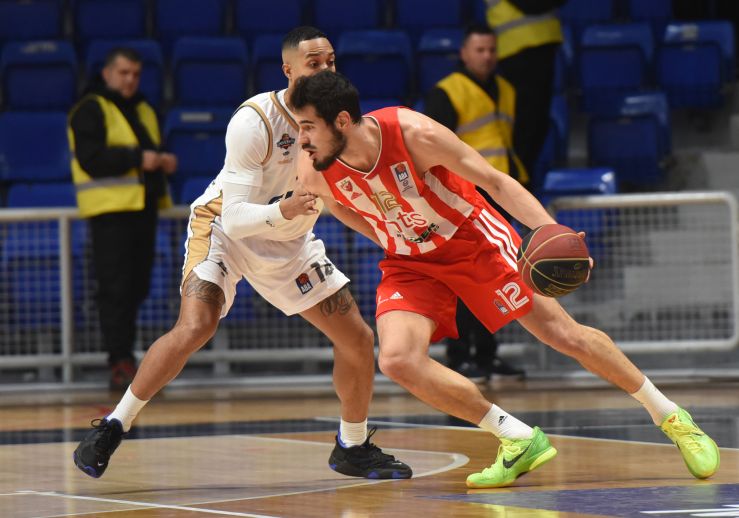 Game recap: Crvena zvezda mts have scored their 6th consecutive win in the 2021/22 AdmiralBet ABA League season as they prevailed over SC Derby on the road in Round 9.

The red-and-whites did not have a difficult job in the match against the league newcomers. Zvezda were up by 9 points at the halftime – 49:40, while they sealed the win in the 3rd quarter in which they increased the gap to 24 points – 72:48.

Crvena zvezda mts have therefore improved their season score to 9-1, while SC Derby are now at 4-5.

Man of the match: Nikola Kalinić put up another brilliant performance. Crvena zvezda mts star player scored 12 points, made 7 rebounds and 4 assists, while his overall index rating was 18.

Can’t trick the stats: Crvena zvezda mts made 27 assists tonight, while on the other side SC Derby had just 11.

Click here for more match stats
Match: SC Derby - Crvena zvezda mts
Join thousands of ABA League fans in our digital community by liking us on Facebook, following us on Twitter or Instagram and subscribing to our YouTube channel.
If you like this and our other articles, make sure to sign up for the ABA League newsletter. You will be notified regarding all important news and updates on the ABA League via e-mail.
Social Media
Tweets by ABA_League