Partizan NIS have scored a huge road win as they defeated Igokea m:tel in a thrilling finish. 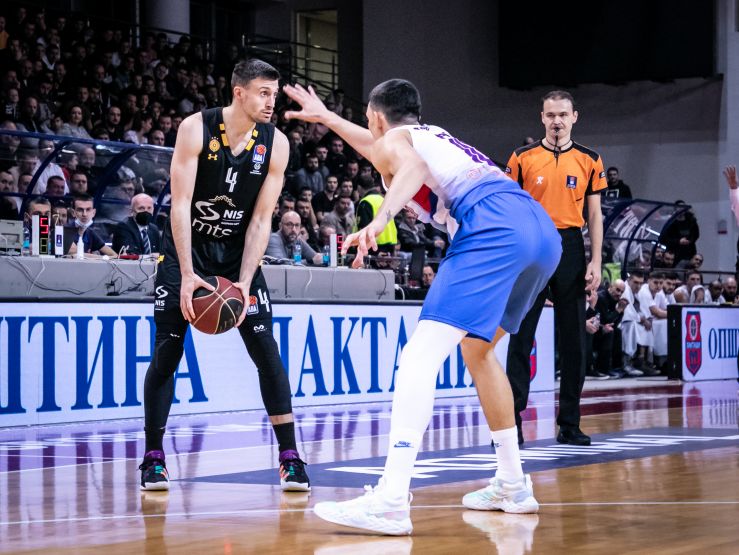 Game recap: Partizan NIS have scored a huge road win as they defeated Igokea m:tel in a thrilling finish. The heroes of the black-and-white team were Kevin Punter, who scored 5 points in a row late n the 4th quarter to put the visiting side in front, and Uroš Trifunović who made the game-winning two free throws just 15 seconds before the end.

On the other side, Igokea m:tel had their last chance to win this match, but Antabia Waller missed a 3-pointer in the final seconds of the game.

Partizan NIS have therefore improved their season score to 9-1, while Igokea are now at 5-5.

Key moments: Igokea m:tel had a full house for this week’s match of the round against Partizan NIS and the fans in Laktaši witnessed one of the most thrilling games of this season. Igokea m:tel had a 15-point lead in the 3rd quarter, while they were up by 10 – 63:53, right in the middle of the 4th quarter.

But, then Partizan NIS started their major comeback. The visitors made a 10:0 run in just a bit over 2 minutes to tie the score – 63:63. Igokea m:tel managed to end that run with a 3-pointer made by Marko Jošilo – 66:63, but Partizan NIS responded immediately as Kevin Punter made his first 3-pointer this evening to tie the score once again – 66:66.

Interesting enough, Kevin Punter has scored just 2 points until the final 2 minutes of the game, while he then scored 5 points in a row to put his team in front. Punter made that 3 points to tie the score at 66:66, while he then made two free throws for 68:66.

On the other side of the court, one of the Igokea m:tel’s best players from this match DeShawn Stephens made a lay-up to level the score – 68:68, while then the home team decided to make a foul on Uroš Trifunović in order to have the final ball-possession tonight. Trifunović made both free throws to put Partizan NIS back in front – 68:66.

And that was the final score as Igokea m:tel failed to score in the following play. Antabia Waller firstly missed a 3-point shot, while after collecting the offensive rebound, he also missed a jumper that would have tied the score.

Man of the match: Zach Leday and Alen Smailagić were the top scorers of Partizan NIS, but we will say that the MVP of the match award should go the hands of Yam Madar. Young Partizan NIS point guard scored just 6 points, but his defensive performance in this match was just superb and his energy helped the Belgrade team pull off that major comeback in the 4th quarter.

Can’t trick the stats: Igokea m:tel have had a fantastic game all the way until the final 5 minutes. But, then everything just fell apart for the home team as they scored just 5 points in the rest of the match.

Click here for more match stats
Match: Igokea m:tel - Partizan Mozzart Bet
Join thousands of ABA League fans in our digital community by liking us on Facebook, following us on Twitter or Instagram and subscribing to our YouTube channel.
If you like this and our other articles, make sure to sign up for the ABA League newsletter. You will be notified regarding all important news and updates on the ABA League via e-mail.
Social Media
Tweets by ABA_League