In the opening game of the AdmiralBet ABA League Round 17, Zadar have prevailed over Krka at home in Krešimir Ćosić Arena in Zadar. 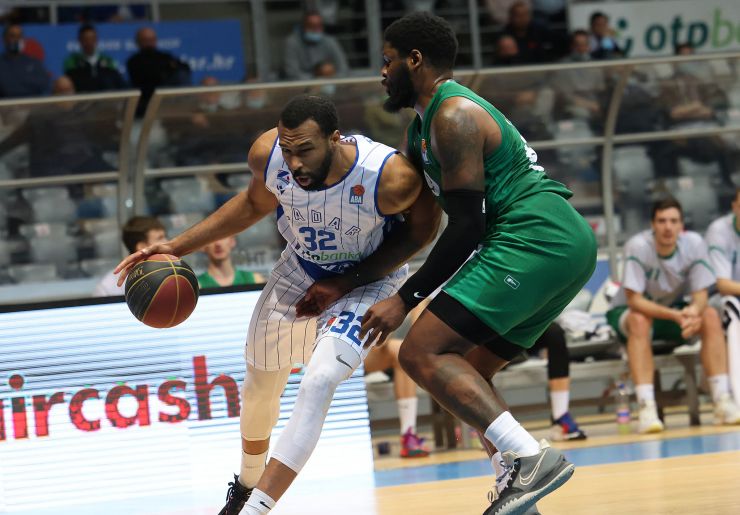 Game recap: In the opening game of the AdmiralBet ABA League Round 17, Zadar have prevailed over Krka at home in Krešimir Ćosić Arena in Zadar. It’s been a game of ups and downs, that Krka have started in a better fashion, but Zadar turned it upside-down in the second half to grab their fifth win of the season, which now puts them on a 5:10 record. On the other side, Krka continue their season with a 3:12 record and they still have a lot of struggle ahead of them in case they wish to escape the danger zone near the bottom of the standings by the end of the Regular Season.

Key moments: Even though Zadar had a double-digit advantage at the start of the final period (67:57), Krka managed to fight back and even get in front with 3 minutes to go, as Hasahn French scored to put them up (67:68). However, that’s when Zadar went on a 7:0 run in the following 90 seconds to escape to the 6-point lead with just a minute and a half remaining on the game clock. The battle for a new win was over.

Man of the match: Trevor Thompson had an amazing performance, as the big man led his Zadar to the win over Krka this time with 22 points, 9 rebounds, 3 steals, just as many blocks, 1 assist, and a valuation of 31. He is our man of the match!

Can’t trick the stats: Zadar have outrebounded Krka 39:34 and that was crucial for the outcome of the game in the end.

Click here for more match stats
Match: Zadar - Krka
Join thousands of ABA League fans in our digital community by liking us on Facebook, following us on Twitter or Instagram and subscribing to our YouTube channel.
If you like this and our other articles, make sure to sign up for the ABA League newsletter. You will be notified regarding all important news and updates on the ABA League via e-mail.
Social Media
Tweets by ABA_League